LAU understands that spreading knowledge and expertise can be instrumental in transforming communities and institutions across the country. To that end, the university works closely with both public- and private-sector institutions that wish to invest in their employees for growth.

Last fall, the university’s Continuing Education Program (CEP) partnered with MetLife Insurance to train the company’s staff, while, in another agreement, the University Enterprise Office (UEO) established an academic engagement with the Lebanese State Security Directorate.

“LAU, like any leading university, has a commitment to the generation, dissemination and application of knowledge, be it through research, teaching or service,” said LAU Provost George K. Najjar. “And one of its defining features has been its engagement with and service to the community.”

CEP’s role, in fact, has been to marshal all LAU schools in a bid to promote adult education, professional development and applied research and to impact creativity. In its venture with MetLife, CEP offered a set of interactive workshops to the company’s officers, providing participants with the tools necessary to apply financial concepts to real-life business and personal situations.

“CEP’s collaboration with a company of the stature of MetLife is an asset to both institutions, as they share a common vision — that of change.” said Mona Majdalani, assistant provost for Academic Affairs and professor of Mathematics Education. 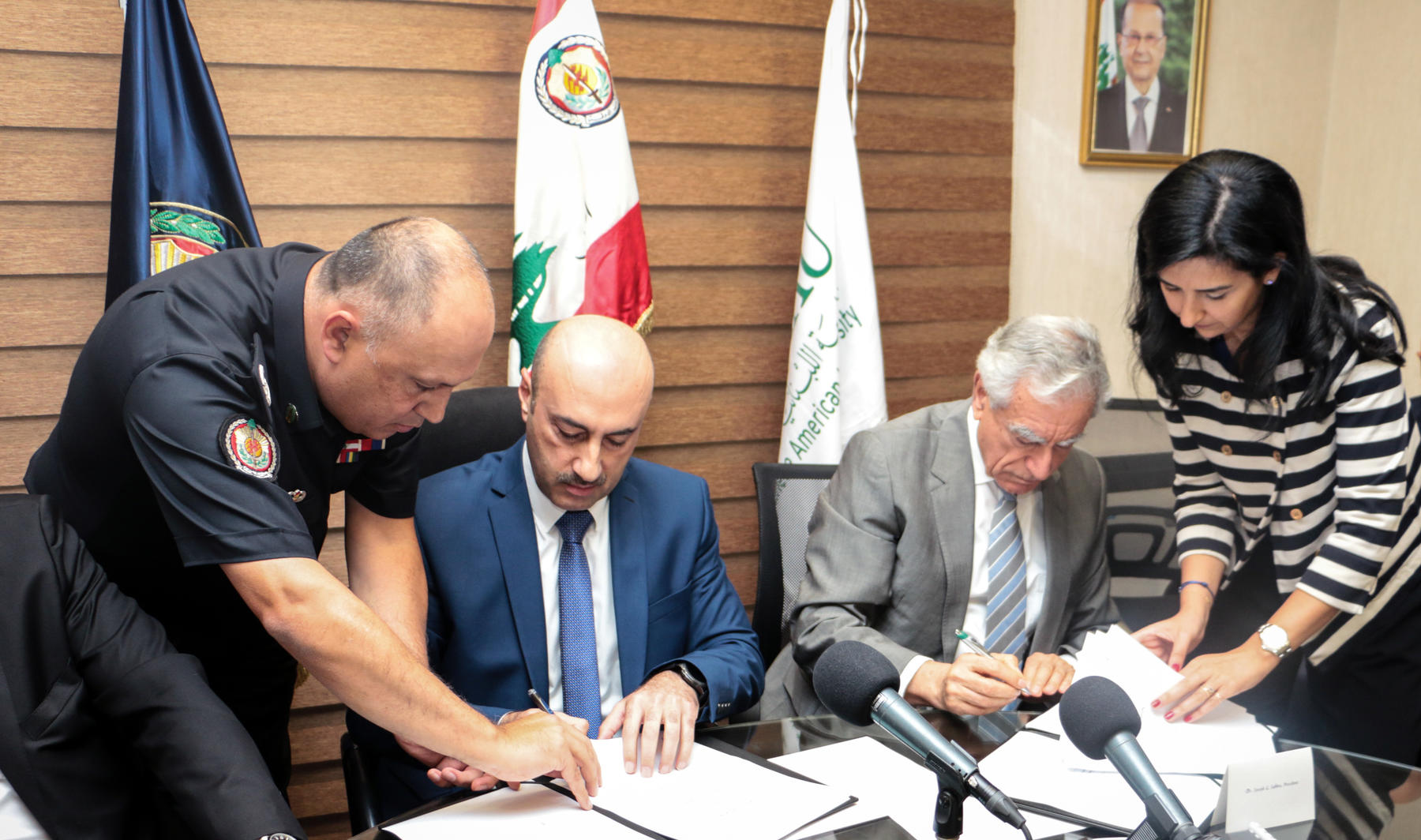 Meanwhile, through the UEO, LAU reached an agreement with the Lebanese State Security Directorate, whereby the university provides members of the directorate and their families with academic financial assistance in the form of reduced fees for postgraduate studies in all disciplines.

The agreement was signed by the director general of State Security, Brigadier General Tony Saliba, and LAU President Joseph G. Jabbra during a ceremony held at the headquarters of the directorate in Ramlet el Baida. Other attendees included Deputy General Director Brigadier General Samir Sinan, leaders from the university and a number of General Security officers.

“Our meeting is an act of building and integration,” said Jabbra in his address. “It is aimed at building the nation and the people through this agreement, which provides the officers of the directorate what they seek in the field of specialized studies in order to meet the challenges of today and the requirements of globalization of tomorrow.”

The agreement helps advance the State Security Directorate’s priority to raise the level of performance and professionalism through the graduate academic programs that its officers and members will join at LAU.

“The security and intelligence required to safeguard the state call for an umbrella of science and culture that will strengthen the national message it upholds,” said Saliba. “We found this in our agreement with LAU, namely the opportunity to harness the best scientific and academic know-how to serve our nation and better protect our citizens.”

This is the latest of several partnerships undertaken by the university to empower Lebanese society and help build a modern state. A cooperation agreement with the Lebanese General Security Directorate executed by UEO provides members and officers of General Security and their families with academic financial assistance in the form of reduced fees for postgraduate studies in all disciplines. Other initiatives have included a three-phase leadership training program implemented by LAU’s Outreach and Civic Engagement unit (OCE) in conjunction with the Hariri Foundation for Sustainable Development and a training course in gender-based violence, conceived and conducted by the Institute for Women’s Studies in the Arab World.

“It is our privilege to empower and educate, and to serve those who have the capacity and fortitude to assist in building a better nation for us and our children,” said Walid Touma, the director of UEO.

Share this:
Back to top Success in High Doses Community By Design