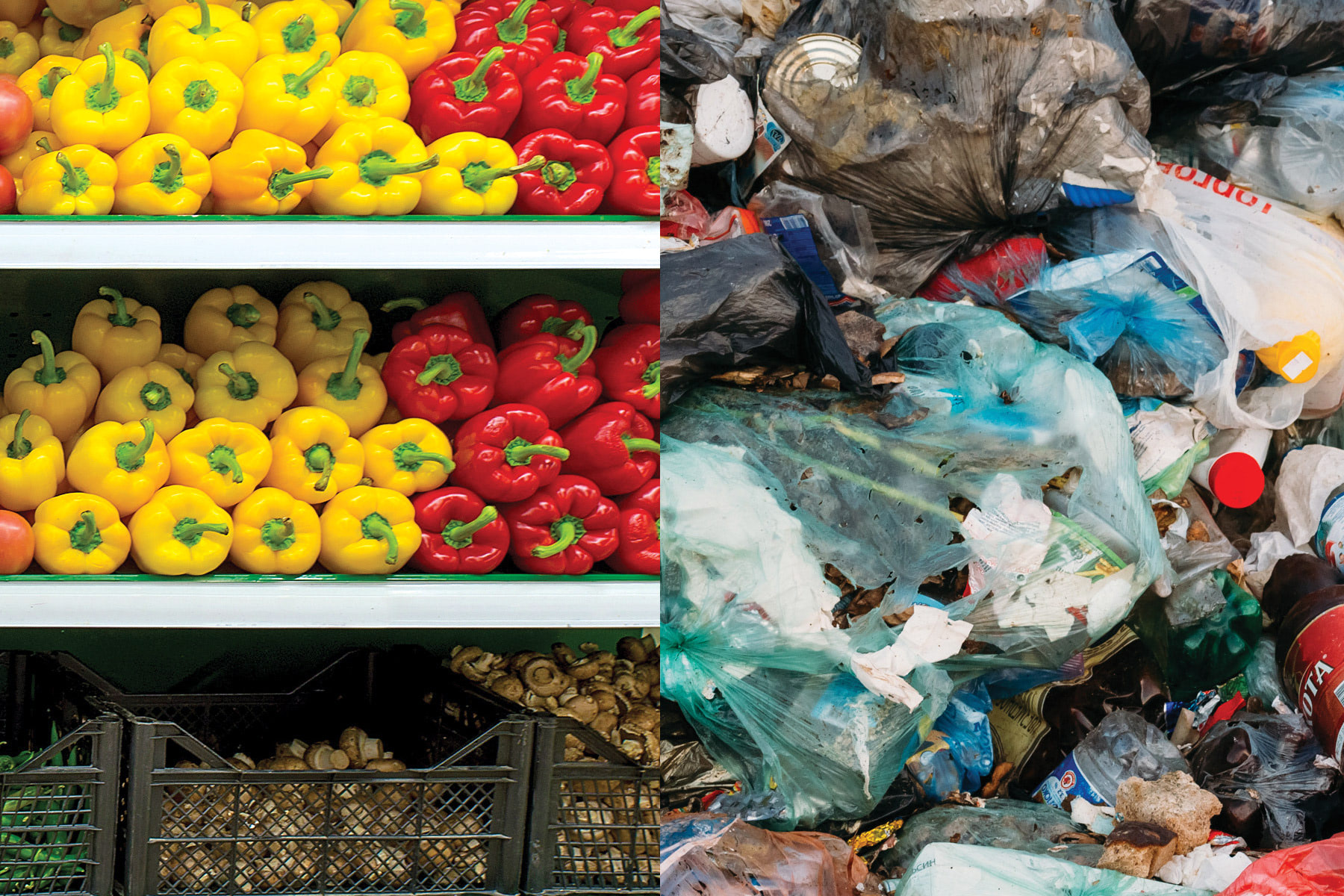 Our Environmental Health: Waste Not

Discarded food makes up a large portion of the waste that ends up in Lebanon’s overflowing landfills each year. The frustrating part about that for scientists, policy figures and residents of the country is that the problem is almost totally preventable.

A new study by Department of Natural Sciences faculty aims to shine a light on the causes of the issue so that experts can find a way to combat it.

The paper, “Attitudes and Behaviors Shaping Household Food Waste Generation: Lessons from Lebanon,” is the result of a collaboration between Assistant Professor of Nutrition Lama Mattar, Associate Professor of Food Science and Technology Hussein Hassan, and faculty from the American University of Beirut. It was published in the Journal of Cleaner Production.

The main objective of the study was to assess household attitudes and behaviors that shape food waste in Lebanon in order to tailor community-based interventions, said Dr. Mattar, who specializes in community nutrition at LAU.

The study, launched in 2016, collected samples from 1,264 households across Lebanon’s five governorates. Undergraduate nutrition students were involved in data collection.

The results of the team’s research showed that variables such as employment status, educational attainment, the number of people in a household, and income level impacted the amount of food wasted per family.

“Our study showed a positive relation between the number of people in a house and the food waste volume,” Dr. Hassan said. “It may be that the more house occupants, the more food is prepared and the more likely to be left after cooking.”

Social behavior also affects the amount of food wasted, Dr. Mattar said, noting that dining out frequently leads to more food New study assesses attitudes and behaviors in Lebanese households that impact food waste waste, as restaurants have to toss out anything uneaten at the end of a meal, and because when people eat out, food they already have at home is more likely left to spoil.

Similarly, the study found a correlation between a higher education level and food waste. “Because those with more education have a higher income, they go out more, tend to buy more, throw out more. They do not perceive wasting food as losing money,” she explained.

One of the more positive findings was that, compared to people in Lebanon’s urban areas, those in the rural areas tend to waste less, which the authors attribute to a resourceful culture of reusing.

Among the behavioral impacts on the amount of food individuals waste, the study found that those “who report a feeling of guilt when throwing away food are more likely to eat everything prepared, which reflects a reduced wasteful behavior,” Dr. Hassan said.

Aside from assessing the collected data, the study offers a set of recommendations that households can follow in order to limit food waste, such as launching community based interventions. “At the beginning, such an intervention can take place at the level of restaurants and big supermarkets,” Dr. Mattar said. In addition, the government needs to implement a system to empower food banks and non-governmental organizations to collect clean, uneaten food for those in need.

The government also has a crucial role to play at the household level, Dr. Mattar noted, and suggested launching nation-wide awareness campaigns, which have proven effective in countries such as Egypt. These can include classes to teach people simple recipes for leftovers and how to properly portion their meals.

On the popular level, Dr. Hassan called for strategies that would raise awareness about food waste “coupled with motivating individuals to decrease it” through education related to household routines.

“We need to instill a sense of responsibility in the population, including making it culturally acceptable to ask for a doggy bag in restaurants,” Dr. Mattar added. The researchers are now in the process of disseminating the results of the study, so that policymakers can start building on the findings.

But in the end, saving food is up to us.

Share this:
Back to top Emerging Leaders Finding a Doctor in Lebanon Is About to Become Much Easier