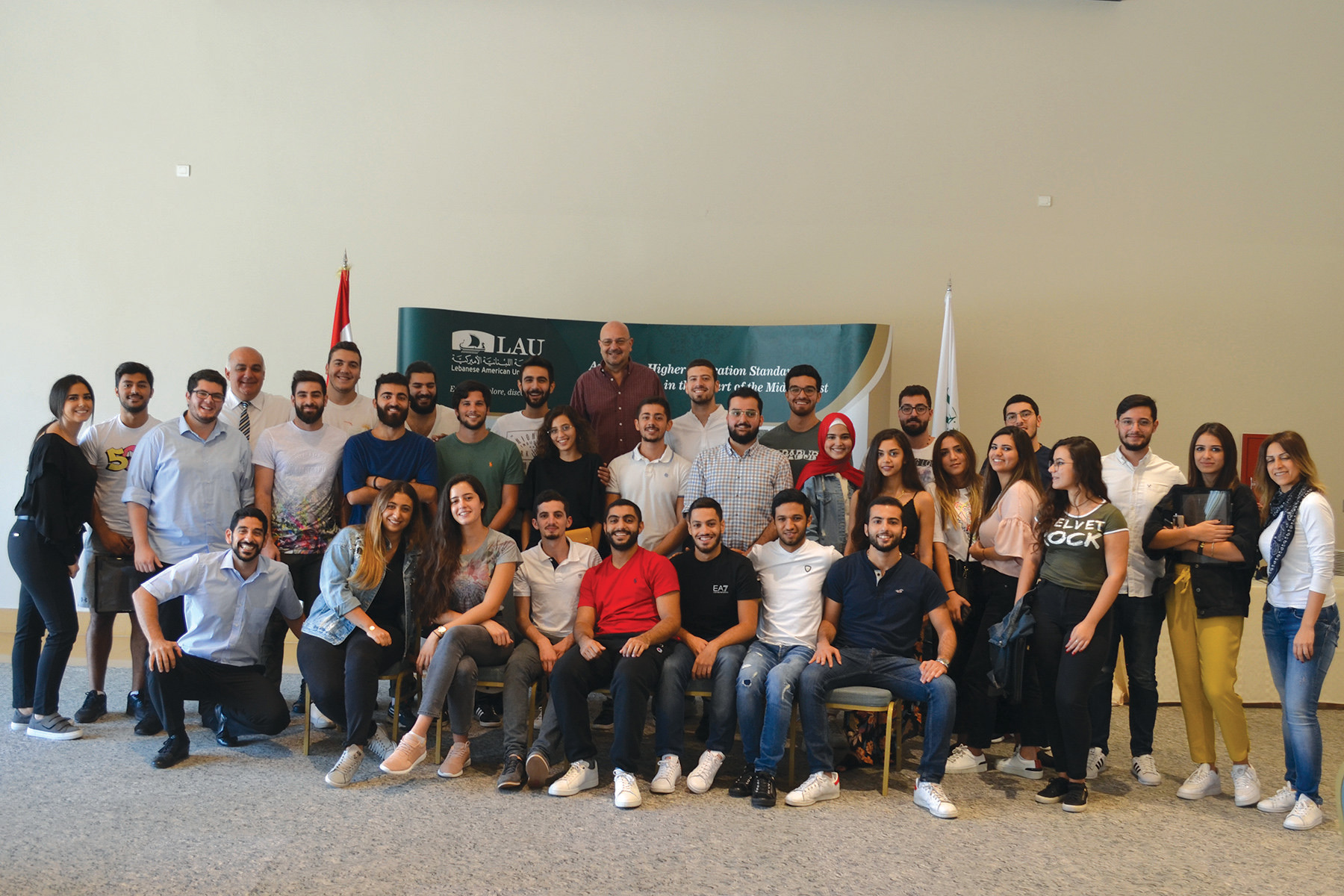 Students take a seat at the table for lessons on leadership, representation and responsibility.

Every year at the beginning of the fall semester, the LAU student body elects a group of 30 of their peers to make up the student council and, subsequently, the sub-councils that are assigned to address academic or campus-related issues and inform university-wide policies.

“LAU is a microcosm of our larger country – with all its colors and diversity,” said Vice President for Student Development and Enrollment Management Dr. Elise Salem. “Our aim is to have our students learn about and practice their civil rights before they graduate.”

Dean of Students on Byblos campus Dr. Makram Ouaiss agreed. “Our students play a central role in the shared governance process that LAU has had for decades now. We value and cherish their input because at every level of the university’s work, students’ input enriches decision making and makes it more relevant to changing student needs,” he said.

This year, more than 82 percent of students from both campuses cast their votes in early October. The high participation rate is largely attributed to the electronic voting process, which allows students to vote from home, away from any pressure.

This move to online, which has been in place since 2016, has also helped expedite the announcement of the results and contributed to making the process more “transparent, accurate and seamless,” according to Assistant Vice President for Information Technology Camille Abou-Nasr.

With over 7,000 eligible student voters, Abou-Nasr admits that online elections are a “tough challenge,” but one that his department was equipped to undertake very seriously. He explained how IT professionals were stationed at helpdesks on both campuses during elections should any voter face issues with their login. Throughout the day, multi-level security measures were in place to secure both the web and the network.

With transparency in mind, representatives from the Lebanese Association for Democratic Elections (LADE) were invited to both campuses to train candidates on the importance of the democratic process and guide them through what governance entails. Observers from LADE were also present on both campuses throughout the election day to monitor the transparency of the process and file a report, as they have done in past years.

Another highlight of the elections is the students’ forums. “Many candidates look forward to this opportunity since it is the only public chance they get to address their voter base and share their views on a number of university issues,” said Dean of Students on Beirut campus Dr. Raed Mohsen. To make the best use of this opportunity, candidates got creative in appealing to their peers at some of the campuses’ busiest sites. In that regard, political insinuations were not allowed, since “sloganeering and cheering for political or religious figures is out of place, as these do not relate to LAU elections” and could potentially cause an unnecessary divide on campus, said Dr. Mohsen.

As soon as the voting closed, all candidates were invited to a private meeting to receive the results before they were shared with the wider community. The two campuses were connected via video conference, and present were LAU President Joseph G. Jabbra, Dr. Salem, Vice President for Human Resources and University Services Roy Majdalani, the deans of students, Abou-Nasr, IT and SDEM staff, as well as representatives from LADE.

Following the announcement of the results, Dr. Jabbra told the students who participated: “We are so proud of you. You behaved in a way that is exemplary to everyone. Everyone here is a winner.”

The council’s first meeting took place a week after the elections. Campus Activities Associate Manager in Byblos Alan Kairouz said that “newly-elected members always put their differences aside and work together as a team.”

“They quickly learn that they have much more in common,” concurred Riman Jurdak, campus activities associate manager in Beirut. “And they turn their attention to the shared goal of enhancing the university experience for themselves and the students they’ve been elected to represent.”

Share this:
Back to top Our Society’s Health: Wired to Serve Success in the Pipeline