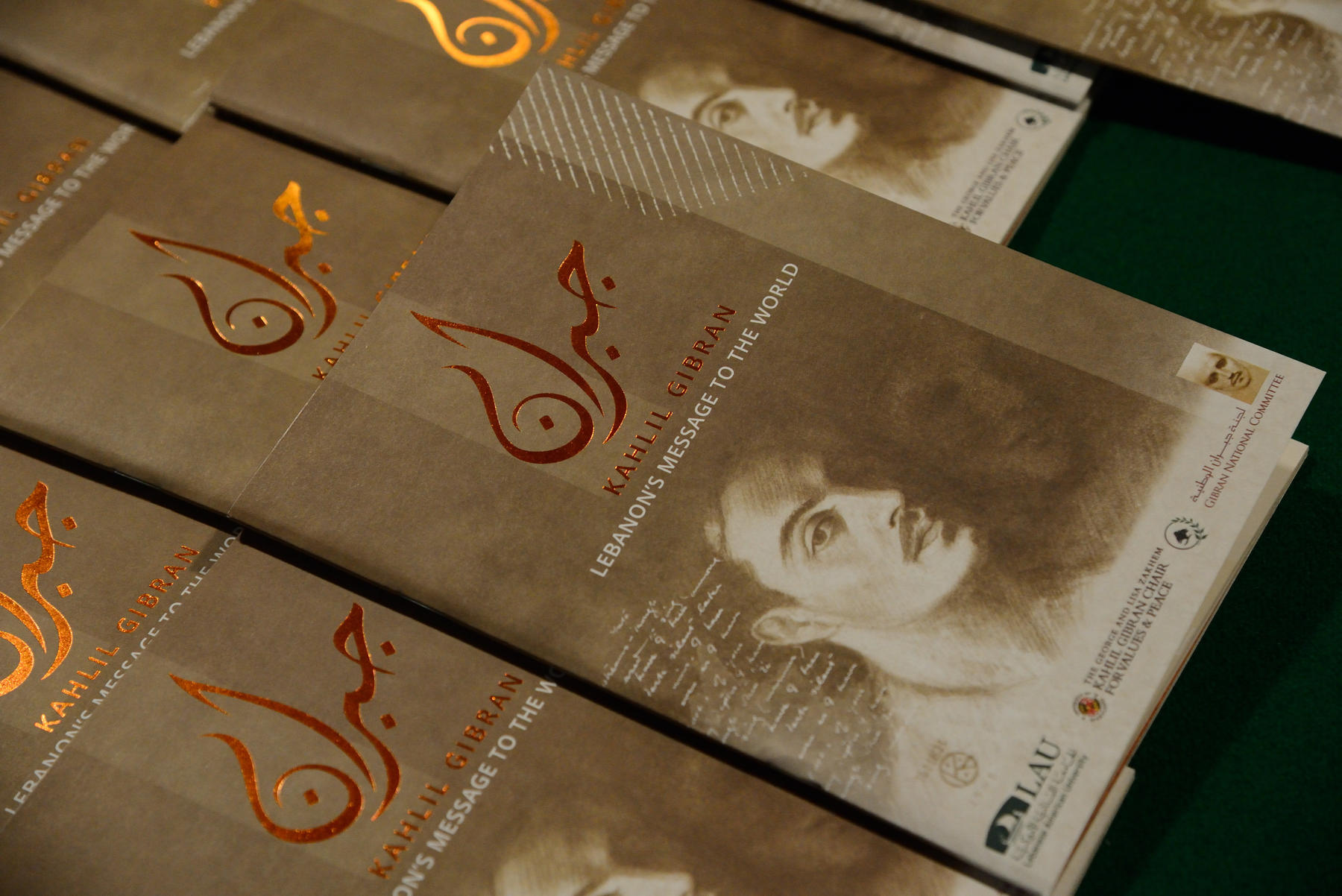 Kahlil Gibran: From Lebanon to the World

Celebrating the enduring legacy of the Lebanese-American artist

A dedicated group of scholars confirmed that the legacy of Kahlil Gibran (1883–1931), the internationally renowned Lebanese-American author, artist and poet, is stronger and more relevant than ever.

From January 4 through 6, “Lebanon’s Message to the World,” the third conference on the life and work of Kahlil Gibran, was held in Beirut by LAU’s Center for Lebanese Heritage and the Gibran Chair for Values and Peace at the University of Maryland. The gathering drew panelists and attendees from Lebanon, the United States, Egypt, Australia, India, Tunisia and the United Kingdom.

During the conference, scholars and researchers painted a nuanced portrait of a man both pious and critical of religious establishment, a Christian claimed by members of all faiths, and someone ahead of his time in an age of strict conformity.

“I believe his message is still very relevant,” said May Rihani, director of the Gibran Chair for Values and Peace at the University of Maryland, and niece of Ameen Rihani — the renowned writer, close friend and confidant of Gibran.

“The new generation of Lebanese, Americans and everyone anywhere in the world needs to read these messages he talks about, which are useful for their own lives. The message is important for the new generations.”

Gibran, best known for his mystical book of prose The Prophet, has fascinated people around the world for nearly a century, with his writing, visual artwork, and advocacy for equality among genders, races and religions. He spent most of his life in the United States, writing mainly in English and Arabic within a community of Lebanese expatriate writers who would revolutionize modern Arabic literature. However, his words have touched readers throughout the world — The Prophet alone has been translated into more than 40 languages.

In an effort to track Gibran’s far-reaching work and influence, Australian filmmaker Glen Kalem traveled to the United States, France and China to interview those who knew and studied the artist. In a documentary screened at the conference, he brought viewers to Gibran’s longtime home in Boston, his apartment in Paris, and to China to hear from a Chinese professor of Arabic literature who taught classes on the artist.

Speaking to Gibran’s enduring legacy through The Prophet, Kalem said, “He can express his intentions, his soul, and a soul doesn’t die. You’ll get through to everyone… There’s a popular message, that has resonated in many different cultures and peoples.”

He added, “I felt he wanted to help the world, making a book that could mentor people. In the end it’s a personal journey.”

Indeed, Gibran’s universality is what has allowed him to transcend different faiths, despite his unconventional nature.

“Khalil Gibran wasn’t a traditional Christian, but he was a true Christian,” said US-based religious scholar and cleric Reverend Paul-Gordon Chandler, author of In Search of a Prophet. The scholar detailed the importance of Gibran’s timeless message, noting that, similar to Gibran, the younger generations are increasingly drawn to general spirituality rather than conventional religion.

Some new findings were revealed at the conference. Francesco Medici, a literary critic and researcher who has translated many of Gibran’s work into Italian, revealed discoveries of unpublished and rare material documenting Gibran’s journey and major events in his life.

Tania Sammons from the Telfair Museum in the US state of Georgia spoke about the relationship between Gibran and his patron Mary Haskell and “their journey in literature together.” Haskell was mentioned in some of Gibran’s personal letters that were recently auctioned at Sotheby’s Dubai for nearly 200,000 dollars. “The couple left a legacy to Lebanon and the world to the 21st century and beyond,” Sammons said.

For children’s book author Helen Chiha, an audience member from Australia, Gibran is an inspiration and basis for her work.

“I’m writing an adaptation of The Prophet for children. It’s about the message. This book will be based on this adventure in Lebanon, the prophet,” said Chiha, who learned about the conference from Kalem. For most of her target audience, readers between five and six years old, this will be their introduction to Gibran.

“It was important to launch a movement that does not stop at the end of the conference but continues beyond to keep Gibran’s legacy running and alive in the memories of people. We must keep up the research, studies and all other activities related to this great poet,” said Henri Zoghaib, director of the Center for Lebanese Heritage at the end of the conference’s second day.

Rihani echoed the sentiment. “Gibran has an enduring legacy, which will be with us today, tomorrow and many years to come,” she said.

Share this:
Back to top Understanding Gender in the Quran The Heart of Lebanon