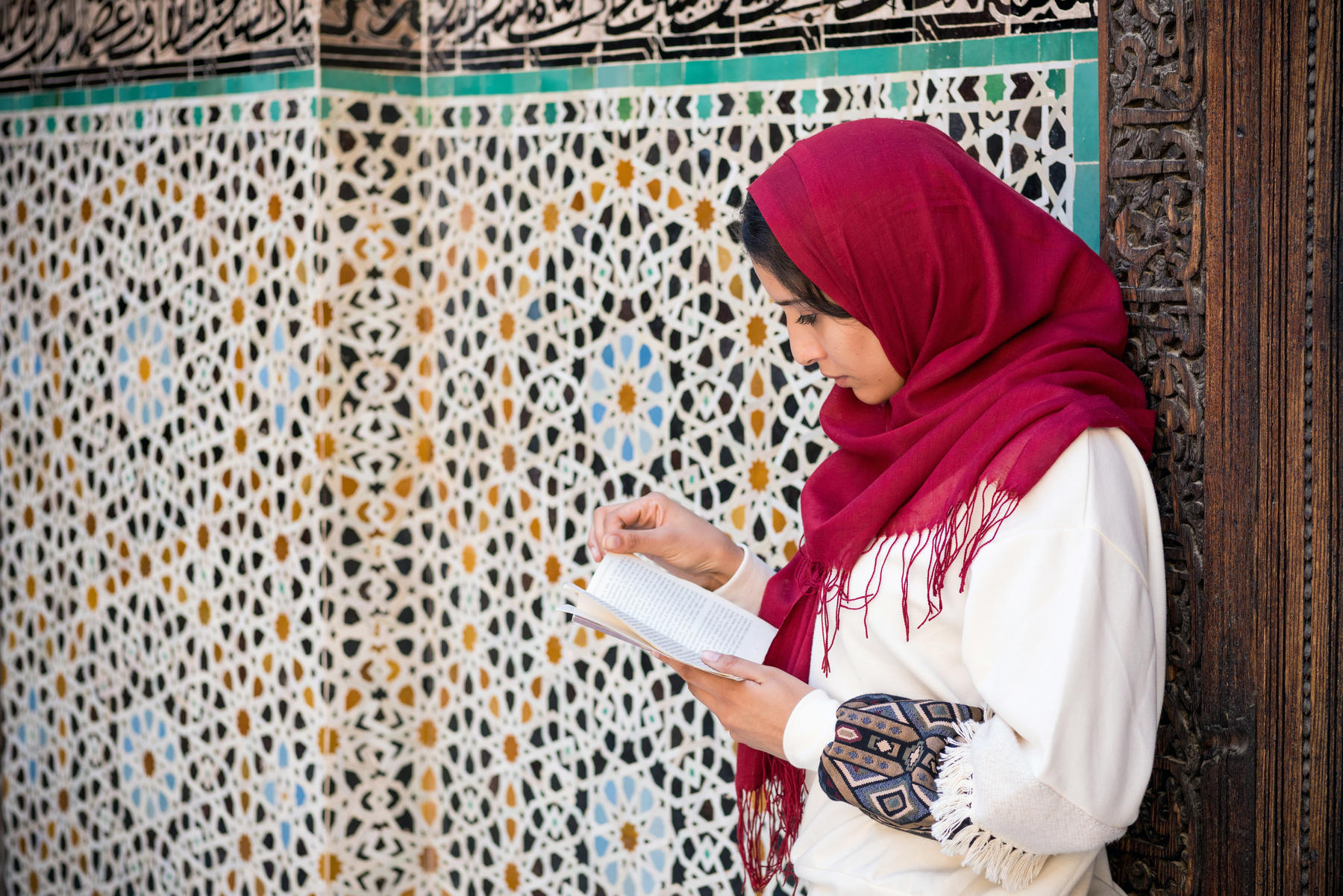 Understanding Gender in the Quran

One of the most debated and least understood aspects of the Quran is the role and status of women. To shine a light on the issue, which regularly ignites debates in academia as well as popular culture, the Institute for Women’s Studies in the Arab World (IWSAW) invited George Mason University religious studies Professor Maria Dakake to give a talk as part of the institute’s ongoing Food4Thought lecture series.

Dakake used the lecture, which took place in mid-January, as an opportunity to go over extensive research by scholars who are Muslim women themselves.

“As a female scholar of Islam, I’m often asked broad questions: What is the status or situation of women in Islam?” began Dakake, as she addressed an auditorium of students, scholars and researchers at the lecture. She responds to these questions by pointing out that, “There are over half a billion Muslim women living in a variety of contexts. It’s like describing Christian women.”

One element of confusion, she noted, is that “The Quran doesn’t speak in legal terminology. A lot of its phrases are widely open to interpretation. Knowing one or two passages won’t give you a full understanding.”

With that, she delved into research by prominent female Muslim scholars beginning in the 1980s, when there was a surge of interest in the Quran among women academics.  Their findings have upended long-held assumptions about a religion often characterized as highly patriarchal. Many of these scholars, having grown frustrated with secular feminism, wanted to reshape gender relations in Islam, while being faithful to Islamic traditions.

Dakake detailed the work of three notable female Islamic scholars who made an impact on the study of women and the Quran.

The first is Pakistani-American theologian and Islamic feminist scholar of the Quran Riffat Hassan, whose study of the story of Adam and Eve in the Quran shows them more as equals than they are in the Bible version. Hassan noted that in the Quran, Eve does not issue from Adam’s rib, and in the story of the garden, both fall victim to temptation and then repent together.

Another feminist Islamic scholar, African-American convert Amina Wadud, approached the Quran through the lens of social justice. She interpreted the book as saying that God creates a single soul and everything in pairs.

Azizah Al Hibri, a Lebanese-American legal scholar who worked as a corporate lawyer on Wall Street before turning to Islamic studies, has focused her research on law and etymology. As a native Arabic speaker, she was able to study the nuances of the wording. Addressing an often-problematic verse – 4:34 – seen as establishing patriarchal order in inheritance and guardianship, she found it to be relatively equitable for its time. According to the verse, if men have extra wealth, they should spend it to support women. If men do not have more than women, all other rights granted to men no longer apply. In cases in which women can support themselves, the rule is nullified.

All three scholars view certain verses in the Quran as progressive for the book’s time and have noted gradualism in the Islamic world – that is, the possibility of interpretations of the text evolving in the future.

After the talk, attendees engaged in a lively conversation on the subject, asking pointed questions and offering up examples from their own experiences. Myriam Sfeir, IWSAW’s associate director, said, “Muslim feminists often reject the male-centered interpretation of the Quran, and exposing their work triggers debate and leads to consciousness raising.”

She added, “Shining a light on the views of feminist scholars who re-interpret religious texts, study the origin of Islam and the Quran, and share their knowledge and experiences with the religious establishment is greatly needed.”

The lecture will undoubtedly lead to healthy debate, as it exposed non-traditional views of a text many claim to understand.

Share this:
Back to top Cross-Town Traffic Kahlil Gibran: From Lebanon to the World