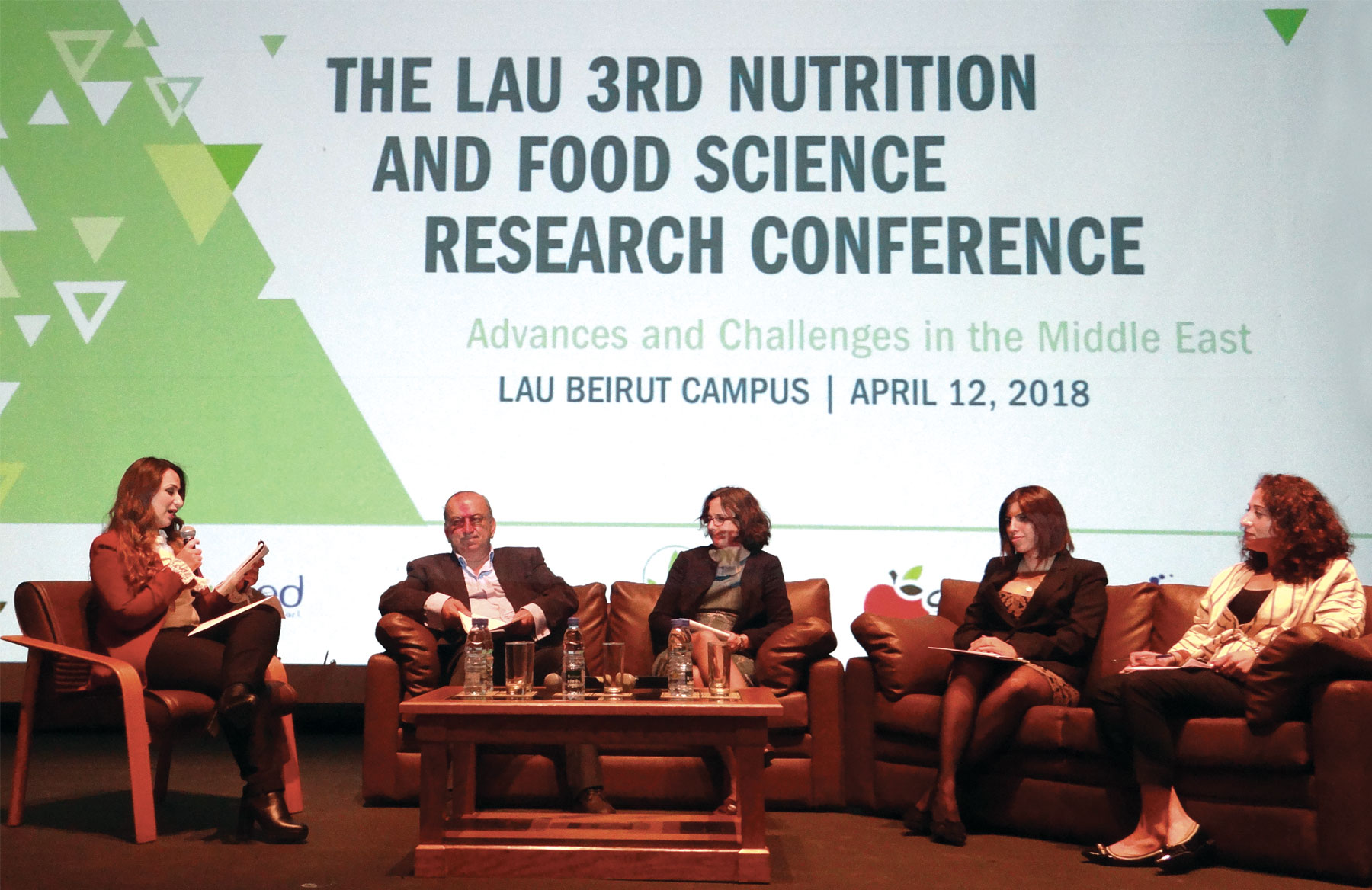 More and more people in Lebanon are suffering from non-communicable diseases linked to lifestyle, such as type 2 diabetes, hypertension and metabolic syndrome. On the upside, these “lifestyle” diseases are completely preventable. However, there is a great lack of awareness among the general population on how to prevent them, fueled partially by an absence of government policy on the issues of public health and nutrition.

Juana Willumsen, senior officer at the Department for the Prevention of Non-Communicable Diseases at the World Health Organization, spoke on the panel alongside Dr. Mohammad Sandid, president of the International Diabetes Federation in Lebanon; Engineer Joyce Haddad, director of Disease Prevention at the Ministry of Public Health; and Chaza Akik of the American University of Beirut’s (AUB) Center for Research on Population and Health Advocacy. Evidence Lead Specialist at AUB’s Knowledge to Policy (K2P) Center Rana Saleh acted as the panel facilitator.

Principal organizer and LAU Assistant Professor of Nutrition Lama Mattar said the topic of the discussion was inspired by the many challenges related to nutrition in Lebanon, but primarily by the absence of nutrition and food public policies and the mechanisms for implementation.

The point of the panel, she added, was to veer the discourse toward evidence-informed policy-making rather than haphazard regulations.

Saleh concurred. “Given the increased burden of non-communicable diseases in Lebanon and the region, effective and sustainable interventions and policies become highly necessary,” she said. “Evidence-informed nutrition and food policies ensure that policies developed at the national level are effective, inclusive and sustainable.”

The toll this health crisis is taking on Lebanon is staggering. According to Mattar, in Lebanon, “85 percent of deaths are caused by non-communicable diseases, which are highly related to diet and lifestyle.” Forty-five percent of those deaths are from cardiovascular diseases, 19 percent from cancer, and two percent from diabetes.

What is behind this rise in deaths from NCDs? “Lebanon, like other countries in the region, is witnessing a nutrition transition from a traditional Lebanese and Mediterranean diet pattern to a Western diet pattern characterized by higher saturated fats, meats, sugars, processed foods,” Mattar said. “This nutrition transition is associated with an increased risk for obesity, metabolic syndrome and cardiovascular diseases.”

One of the strengths of the panel was its interdisciplinary approach, with K2P acting as the research broker, the WHO and Lebanese Ministry of Public Health representing official and governmental powers, and university professors representing academia.

At the end of the discussion, the panelists offered a list of recommendations, including governments “integrating and institutionalizing the use of evidence in the process of developing their policies and legislations,” and generating the political will to “support putting nutrition and food policies high on the political agenda.” In addition, researchers should “invest in conducting policy-relevant research and ensuring its proper use to impact the public’s health,” and the UN and other international agencies must “invest in building the capacity and funding local initiatives to promote evidence-informed nutrition and food policies.”

The panelists underlined the need for international guidelines “to be contextualized before being adopted by countries.”

Mattar said that LAU holding the panel is a step toward having the university move off the sidelines and become involved in policy-making. “Here at LAU, we are producing research that will benefit the policy makers, so we can be the organizers and leaders of such forums and discussions.”

Share this:
Back to top Go, Team, Go! A Dual Welcome