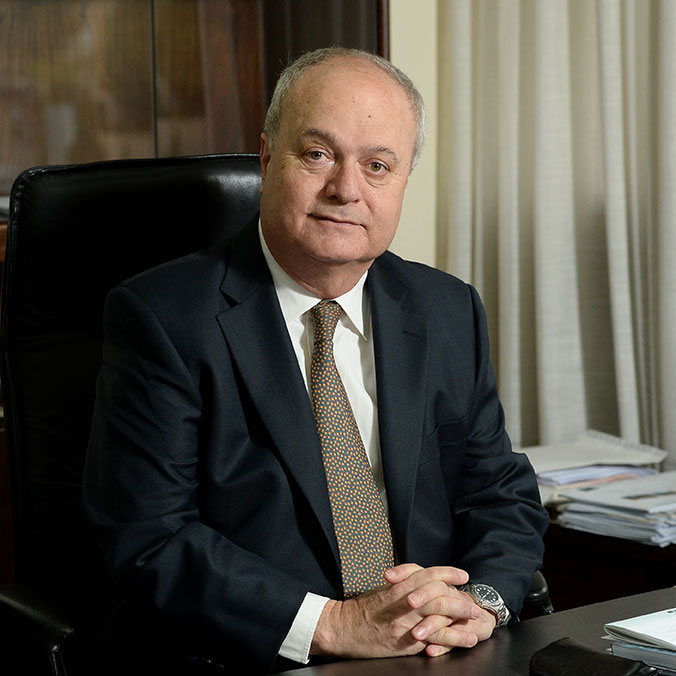 George Khalil Najjar was appointed provost of LAU in October 2012. Now, he is preparing to hand over the reins to George Nasr, dean of the School of Engineering, as of September 2018. Najjar will assume the role of vice president for advancement at LAU.

Before beginning his successful tenure at LAU, Najjar spent many years at LAU’s sister school, the American University of Beirut (AUB). There, in addition to being a professor, Najjar was vice president for regional external programs and a founding dean of AUB’s school of business, which later became the Suliman S. Olayan School of Business. He has also published widely and is known for his successes in research management, fundraising, institution-building, institutional and professional accreditation, and international networking.

“Dr. Najjar’s impact on the Provost’s Office was evident in its academic growth and strategic planning rigor,” said LAU President Joseph G. Jabbra. “He will undoubtedly continue the path of dynamic advancement in his new role.”

Here, Najjar speaks about his achievements as provost and his hopes for the division he’s turning over to his esteemed colleague.

How would you describe the challenges and key traits of the provostship, a role unfamiliar to many?

The provost is the custodian of academic integrity, currency, rigor and impact of the academic division, representing what the university is primarily there to offer.

The office of the provost is really an amalgam of several important components: engaging schools for innovation, overseeing academic quality and sound management, and being part of the academic content of the university in terms of each of its seven schools and Office of Graduate Studies and Research (GSR); working to build bridges between schools, breaking silos and creating conditions under which they can work together; and keeping a window to the future for the academic division by staying current, being at the forefront and measuring up to the expectations of LAU’s multiple constituencies, to prepare our young men and women for a rapidly changing world moving “at the speed of thought,” as stated by Bill Gates.

To achieve the above, the provost has to work closely with deans and facilitate their role in terms of maintaining a balance between the fact that we are talking about one university with one mission, one set of challenges, but with multiple schools with their own academic and professional ecosystems. That balance is one of the primary value-added components of the office of the provost, which I am confident will be considerably reinforced by Dr. Nasr.

Looking back at your provostship, what are you most proud of?

Firstly, it would be working with the deans to maintain one unifying LAU culture but leaving ample room within that for the kind of diversity needed for each school to thrive on its own.

My third source of pride, during the time of office, is doubling the number of graduate programs, increasing the number of graduate students by 50 to 60 percent, almost quadrupling the research output of the university, building interschool programs like actuarial studies, and creating conditions under which SPIII became possible. Especially since SPIII called on us to do something very difficult for any university: to cross school boundaries without undercutting the schools’ identities.

And lastly, creating with my colleagues and the President’s Cabinet a culture where we are very mindful of the importance of strategic positioning, competitive profiling, and the fact that LAU is not only about a proud past but also about a challenging future that we must be prepared to deal with.

How would you distinguish LAU’s global positioning today?

LAU today is at the very forefront of institutions of higher learning in Lebanon. It has solidified its regional position considerably and will continue to do so.
So our position today is: local leadership, regional visibility and global presence. I would hope that our local lead will become even more visible, our regional presence will evolve into regional leadership, and our global visibility will develop into a very distinct global footprint.

Share this:
Back to top The Home of Leaders in Neurovascular Care Taking up the Torch