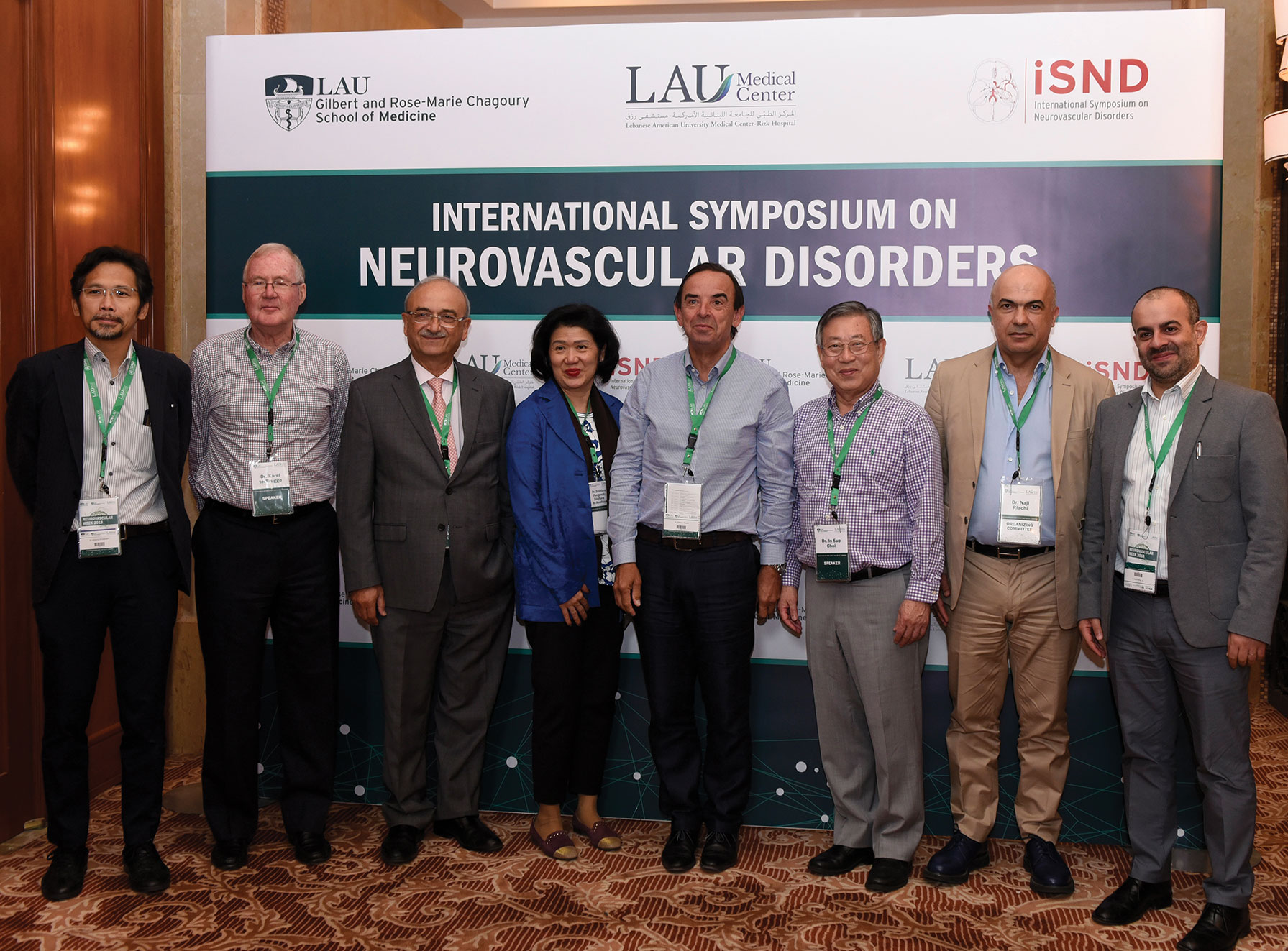 The Home of Leaders in Neurovascular Care

Since the establishment this year of the first and only comprehensive stroke center in the region, the Gilbert and Rose-Marie Chagoury School of Medicine (SOM) has been hard at work “educating the patient population and referring physicians on how to recognize a stroke and how to treat it,” according to the school’s Dean Dr. Michel Mawad.

In this spirit, the idea to organize an academic and scientific teaching venue came to be with Neurovascular Week, which took place at the Grand Hills Hotel in Broumana from July 22 to 27. Neurovascular Week featured two distinct events: a course on functional neurovascular anatomy by the World Federation of Interventional and Therapeutic Neuroradiology (WFITN), and the SOM’s inaugural International Symposium of Neurovascular Disease (ISND), which is set to become an annual event. 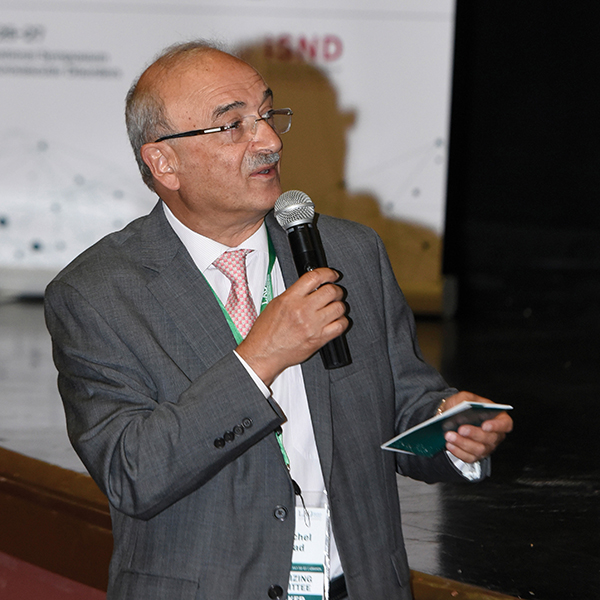 With Mawad as a past president of the WFITN, the SOM was successful in building a case for hosting the course for the first time in the region, and specifically in Lebanon, because “It’s a country that is considered young in neuro-interventions – a selection criterion by the executive committee,” said Dr. Sirintara Pongpech, former WFITN president, co-director of the WFITN course and professor at Mahidol University in Thailand.

The WFITN course drew large attendance compared to previous courses. It featured highly sophisticated lectures for the first time in the region, including many that used three dimensional renditions for cranial arteries by Dr. Philippe Mercier, consultant at Centre Hospitalier Universitaire (CHU) in Angers, France, and Dr. Karel terBrugge, professor at the University of Toronto, Canada. Both of these faculty members are pioneers in the analysis of blood vessel anomalies and variations.

The course shed light on hot topics in the field, such as the importance of studying the anatomy of blood vessels and the indications for treating blood vessel anomalies.

“Although these meetings tend to emphasize technology and the many treatment options we have, it’s also important to highlight the traps and how in some cases a treatment might not be needed in the first place,” said terBrugge. Pongpech agreed: “If you are an expert in anatomy, you will use the instruments more efficiently or may not need to use them at all.”

Dr. Ali Al Khathaami, stroke and neurology consultant at King AbdulAziz Medical City in Riyadh, was among the speakers at the acute stroke module. He stressed the urgency of treating stroke patients within the first ‘”golden hours” and offered advice on building a nationwide plan that necessitates collaboration between key stakeholders to make specialized centers – such as the one in LAU Medical Center-Rizk Hospital – accessible to more stroke patients.

Building on Al Khathaami’s call for collaboration was Dr. Charbel Mounayer, head of neuroradiology and radiology at the Dupuytren University Medical Center in Limoges, France and Dr. Elisa Ciceri, director of neuroradiology at the University Hospital of Verona, Italy. They stressed that the “stroke is a time sensitive pathology that demands good collaboration between the Ministry of Health, physicians, nurses and hospitals.”

Indeed, physicians are lifelong learners, according to Mercier, who had a final message to young and talented practitioners: “In 10 years, there will be new breakthroughs, so the upcoming generations have a responsibility to continuously advance what they are learning today.”

Share this:
Back to top In Memoriam Passing the Torch