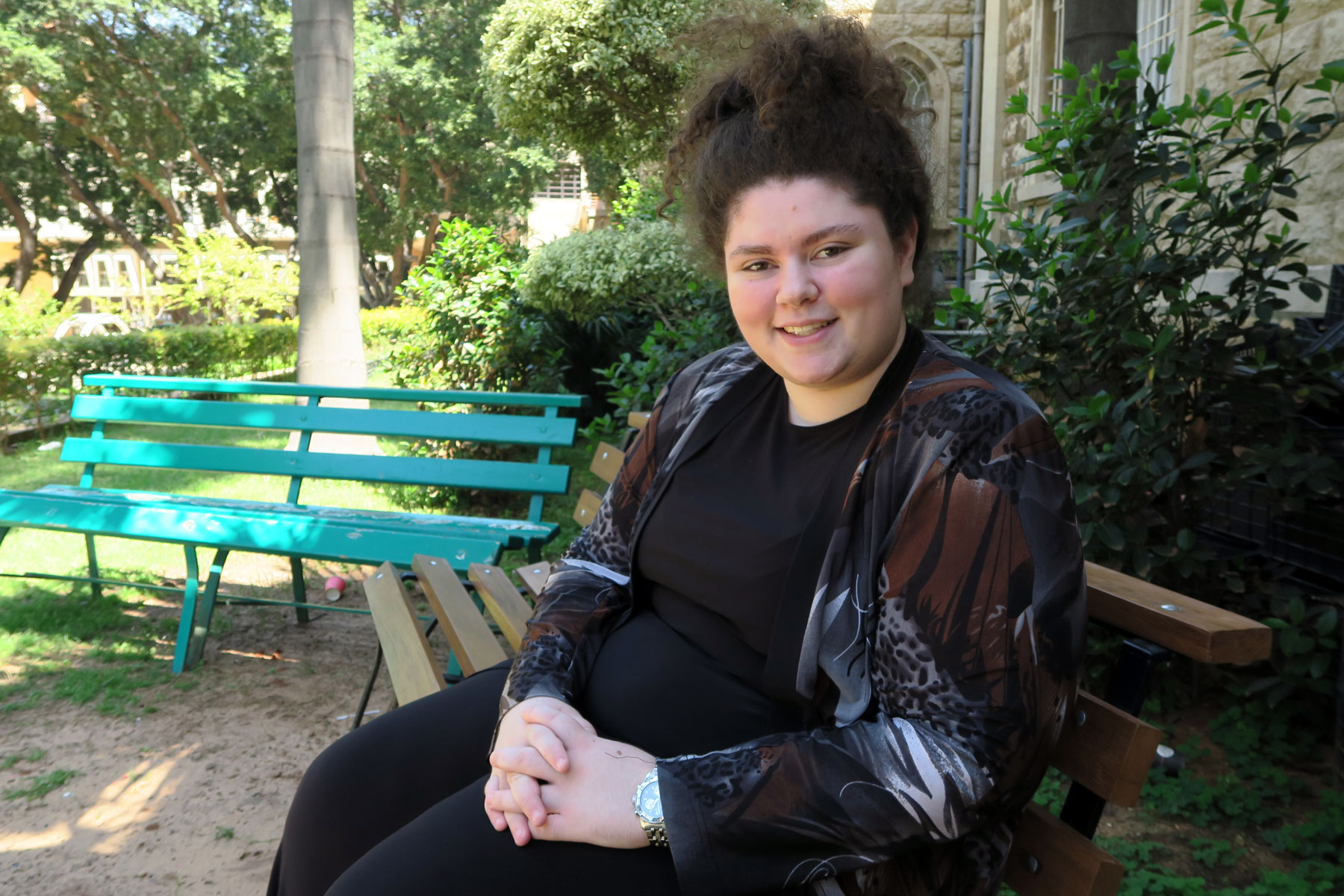 This rising third-year scholar fits academics, clubs and outreach into each 24 hours.

Distinguished List student Christelle Barakat is not your typical high achiever. Having just completed her second year at LAU pursuing a BA in political science/international affairs, she has managed to not only maintain stellar grades, but also be passionately involved in a number of activities, clubs and initiatives that take up a massive slice of her already hectic schedule.

From founding and running LAU’s Book Club and serving as treasurer of the International Affairs Club, to training middle school students participating in the Model Arab League and playing active roles in the Model UN, Barakat is no stranger to burning the midnight oil.

However, her efficiency is the result of more than just time management, she explains. “It’s always about giving back to the society that has believed in me, to friends, to family, to LAU for its support.”

“It’s not about time; it’s about passion and willingness to work hard and good management of that time,” says Barakat, who is energetic and cheerful on a busy spring day during final exams period, showing no signs of exhaustion despite her rigorous schedule.

That is because she truly enjoys giving back, and even plans to make that part of her career.

“I would like to work at an embassy, serve my country as a diplomat, or be a staff member at the United Nations, with the ultimate goal of being able to make a change no matter where I end up being,” says Barakat, who also has her eye on getting a master’s degree and a PhD.

If her work ethic is any indication of her future, she is off to a great start with her long-term goals, which she attributes to the lessons she’s learned at LAU.

“I will always live by something that I learned at LAU: If I am passionate about something and really want it, then I should go after it, even if I feel like I am short on time, because at the end of the day, deep down I know that I will re-manage my schedule to fit everything into it,” she says.

In addition to instilling determination in her, LAU has afforded Barakat self-growth and practical life skills she says, highlighting the efforts of Assistant Vice President for Outreach and Civic Engagement Elie Samia.

“I am forever grateful to Professor Samia because of all the wonderful simulation programs that would have not been there if it weren’t for his belief in the youth, in empowering them, and in their transformative leadership,” she explains.

In spite of a busy schedule, Barakat also makes time to attend MOOCs (Massive Open Online Courses) given by the US Embassy, and international universities and organizations, and she takes up internships such as her role last summer at the Media Association for Peace, which helped her later secure a training trip to Portugal for an Erasmus+ program.

Barakat’s impressive achievements on and off campus largely stem from LAU’s emphasis on shaping well-rounded leaders, but she also thanks her access to the university environment, which was initially outside her reach. “Scholarships and financial aid were the reason I was able to consider attending LAU in the first place,” says Barakat, who values these opportunities, and especially the work-study dimension of financial aid, which she says has sharpened her skillset.

Barakat is one of thousands of students who receive merit and/or need-based financial support from LAU. The university strives to ensure that all academically deserving students have a chance to pursue their education here and continues to raise funds for scholarships so that more students like Barakat can achieve their long-term goals.

Share this:
Back to top The Gift of Education for All Lebanese and Proud