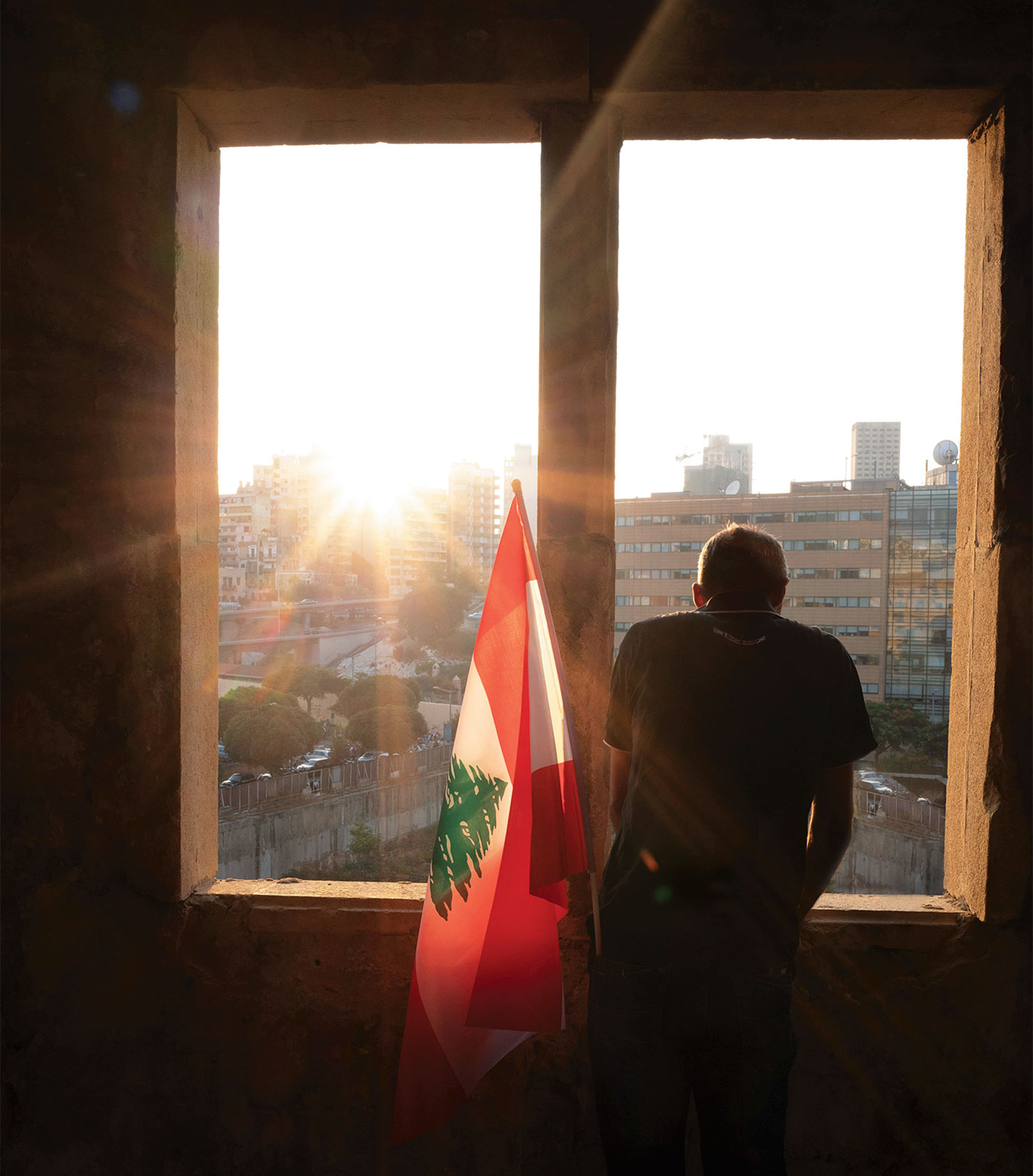 On October 17, the Lebanese people took to the streets in a united front against a government that had failed them. Grievances had been brewing for some time over a mounting fiscal deficit, high unemployment, the garbage crisis, and an economy depleted by corruption and a misappropriation of funds.

The tipping point was the imposition of a $6 tax on VoIP (Voice over Internet Protocol) usage – namely all free calls using the internet – which, capping a long list of austerity measures, reflected the chasm that exists between the state and the citizens it is supposed to serve.

Insisting on a “peaceful revolution,” or thawra silmiyeh, the protesters called for a set of reforms, starting with a non-sectarian, technocratic government, and a recognition of their human rights and dignity.

It is noteworthy that, at least in the beginning, Lebanese from all walks of life had agreed, publicly, on the legitimate causes and hardships that led to the uprising. Later, more camps started to emerge, with the monetary crisis exacerbating the situation. While some advocated for the revolution, others argued against it or against prolonging it.

LAU’s academic body has been involved in various ways in what may come to mark a watershed in Lebanon’s history:  providing analytical commentary in social and mainstream media, holding teach-ins in protest sites, and at times marching alongside the youth.

By then, LAU Magazine had already closed the main issue in terms of content. Hence this supplement, which the Editorial Board hopes will provide some insight into the implications of the current movement as it challenges paradigms that would impact the Lebanese people’s political, social, and economic lives.

October 17 Uprising: An Academic Perspective represents only a cross-section of the many voices and various backgrounds of our academic body.

The interviews have been edited and condensed for the sake of clarity.

Share this:
Back to top Op-Ed: A Rigid System Unable to Reform Itself