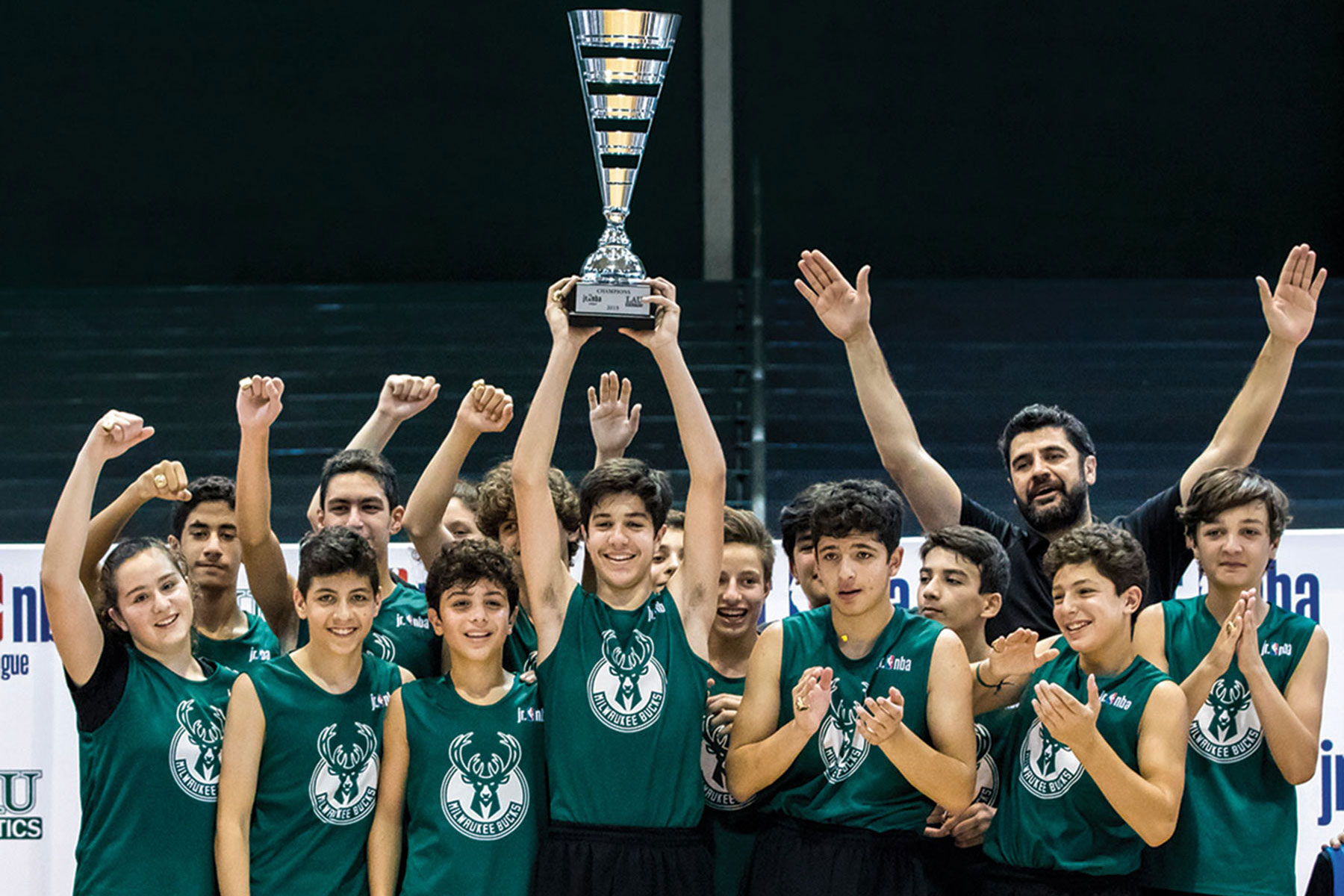 LAU introduces world-renowned league to Lebanon and the region.

An exciting new partnership between the National Basketball Association (NBA) and LAU brought the Jr. NBA – a competitive championship for boys and girls under the age of 14 – to Lebanon, marking the first collaboration between the league and an educational institution in the region.

Running through May and June, the competition featured 30 school teams, each simulating a team from the NBA, who faced off at an eight-game season, culminating in single-game elimination playoffs. The champions were from Collège Maristes Champville, whose team simulated the Milwaukee Bucks, while that of Lycée Abdel Kader, simulating the Denver Nuggets, came in second.

Fashioned on the NBA – complete with branded jerseys and representatives in attendance – the league was set up to inspire and engage more young people to participate in basketball through a fun, positive first experience, according to Athletics Director on Byblos campus Joe Moujaes, who orchestrated the partnership.

In a separate commentary, NBA Associate Vice President of Basketball Operations for Europe and Middle East Neal Meyer said: “We are excited to work with LAU to launch the first Jr. NBA League in the country.” He noted Lebanon’s “strong tradition in basketball” and hoped that the league will allow young Lebanese to take their talent to the next level in basketball.

Talent scouts from the NBA, in fact, did attend the final playoffs and according to Moujaes, saw “so much potential in young Lebanese players that they offered to be yet more involved on the ground for next year’s edition.” He further announced that plans were in place to add a qualifier round in next year’s league plans to accommodate the high demand for more school participation.

Share this:
Back to top A History of Triumphs Pharmacy – More than Meets the Eye