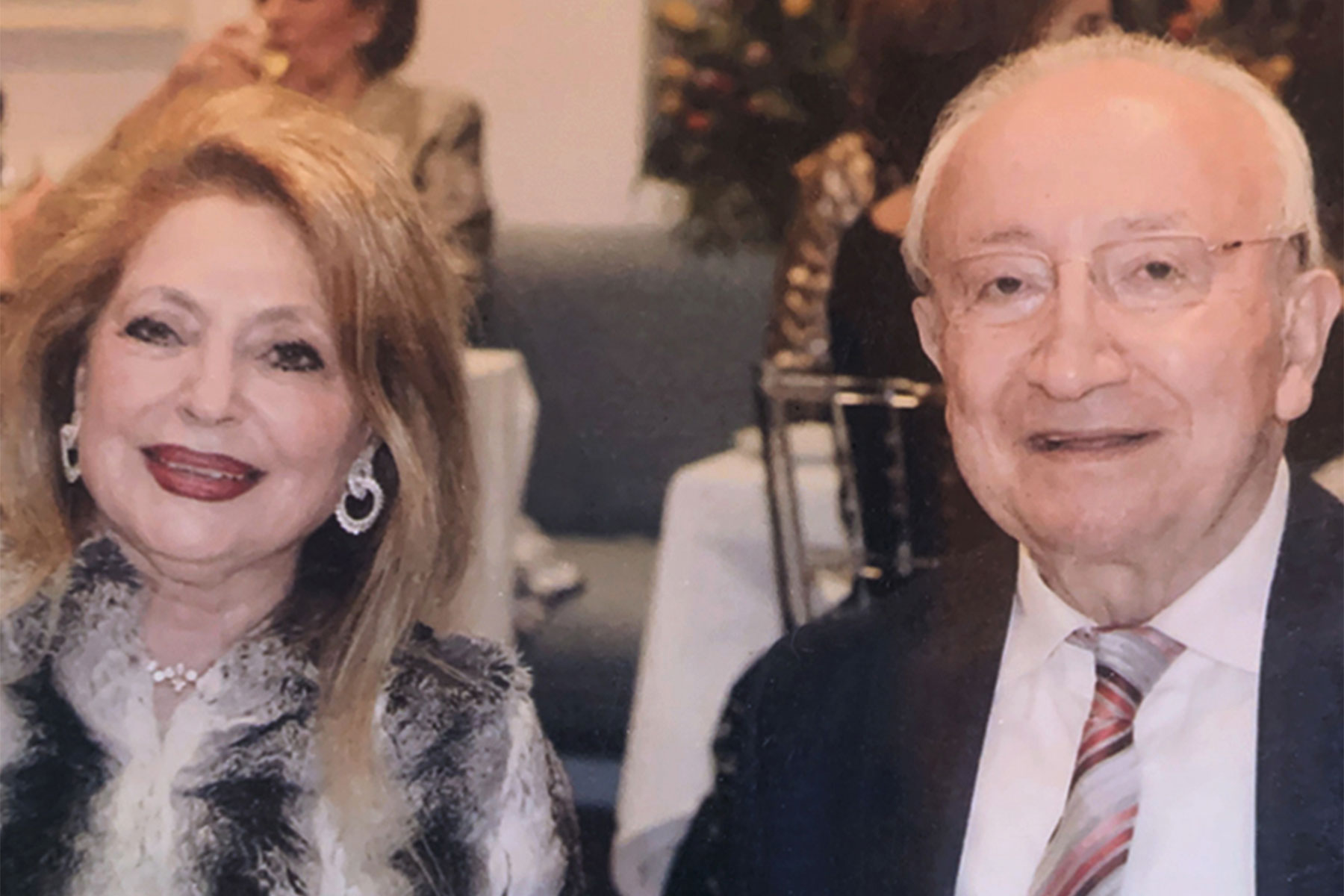 Dr. George Faris was drawn to LAU because it is “a student-centered university where fairness, social justice, coexistence and democratic values are taught and practiced.” Dr. Faris has been passionate about education for many years and has been involved in steering LAU toward institutional excellence for decades, serving as chairman of both the Board of Trustees and Board of International Advisors. He was encouraged to join the LAU board by the former president, Dr. Riyad Nassar, and was very influential on the search committee that brought Dr. Joseph G. Jabbra to LAU in 2004.  He and Claudia have been dedicated supporters of LAU for many years and have been committed to its growth and development, and especially to the welfare of the students.

While a long-time resident of New York City, the Faris’ roots are Lebanese. Dr. Faris was born in Jadayel, a small town outside Byblos, and left Lebanon in 1958 to attend Purdue University, where he received a PhD in Engineering. He was the inventor of the Rotary Heat Exchanger engine, which was acquired by Mazda for use in their cars.  After working in the oil industry for most of his career, upon retirement in 2002, he founded Hudson Financial Partners, an investment banking firm where he acts as chairman.

Claudia (née Moujaes) graduated from Beirut College for Women (BCW) in 1959 – as LAU was known back then –and was a BCW May Queen.  In the US, she has served on the boards of the National Stroke Association and the Children to Children Foundation along with Janet Rockefeller.  She has been serving on the board of the American Academy of Dramatic Arts for the past 35 years.

The couple met at a social gathering in New York but did not start dating until three months later. They were married on December 12, 1969 and are currently celebrating 50-plus years together. They are proud of their son and daughter, Ronald and Danielle, who are respectively VPs for Nike and American Express. Ronald and his wife Danielle have a son, Roscoe and a daughter, Austin, and Danielle and her husband, Craig Mahfoud, have two daughters – Alexa and Isabelle.

Dr. George and Claudia Faris note that our LAU students and alumni are very fortunate to be a part of the LAU family because of the qualities of principle and commitment that LAU provides – attributes, they stress, that will stay with them for life.

As generous donors to the university, they are committed to making a premier LAU education available to as many students in the region as possible. “The future of our world depends primarily on our youth,” Dr. Faris said, and “providing our youth with a first-class American education” has been a major motivation for his involvement with LAU.

Share this:
Back to top Why I Give Back: Arthur Dakessian (PharmD ‘03) Wherever You Go