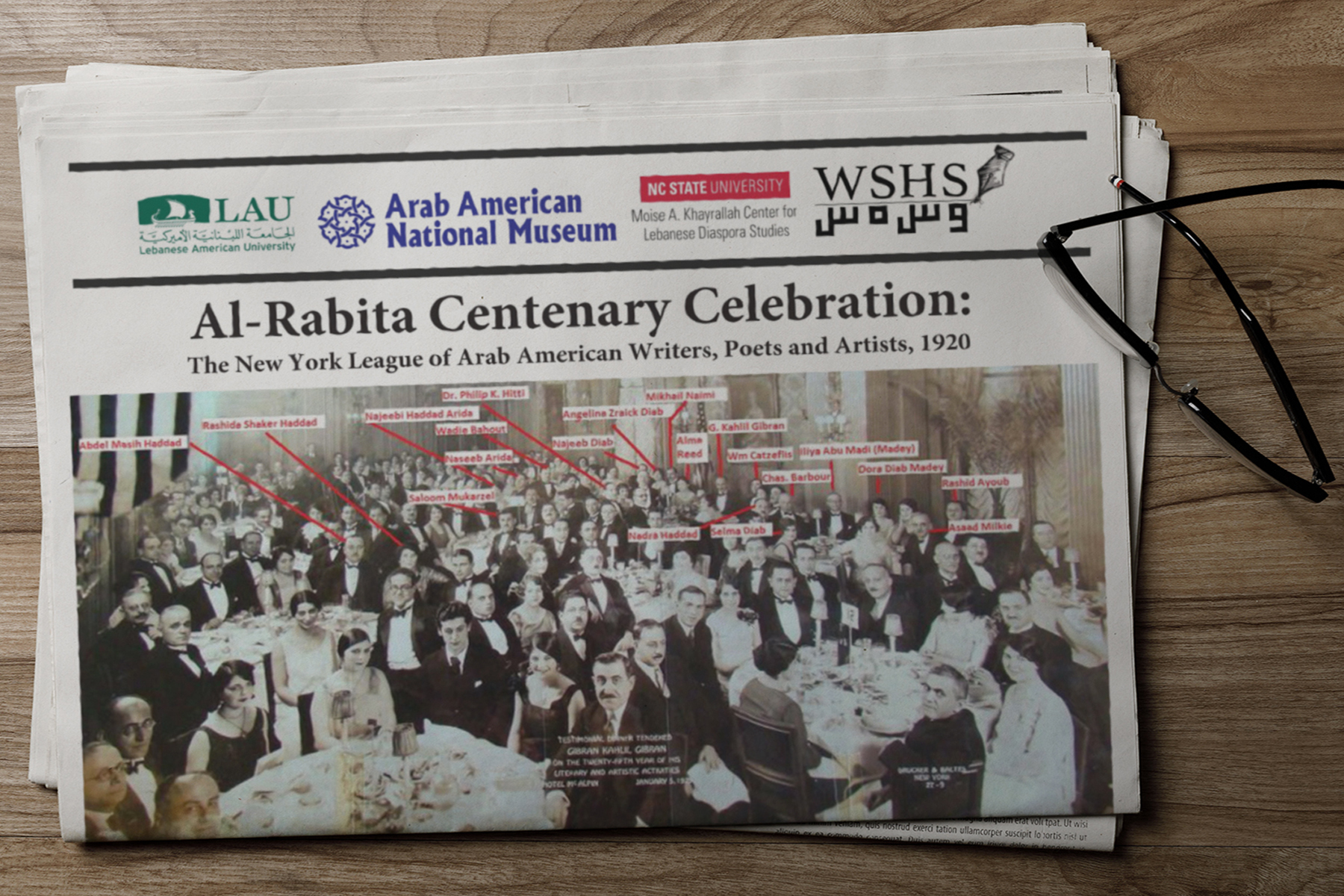 Lebanese in America: Honoring the Past and Celebrating the Future

LAU NY is marking the founding of the Pen League in New York City with a series of events celebrating a century of continuous Lebanese cultural contribution to the United States.

Lebanese-Americans have been part of the artistic life of New York City for more than a century, a fact often overlooked by popular media. While Khalil Gibran’s The Prophet is well-known to many Americans, few know that he was a Lebanese immigrant living in New York, much less a part of an Arab American avant-garde artistic society that included notable artists such as Ameen Rihani and Elie Abu Madi, but also Nasib Arida, Rashid Ayyub, Wadi Bahout, William Catzeflis (or Katsiflis), Abd al-Masih Haddad, Nudra Haddad, and Mikha’il Naimy. 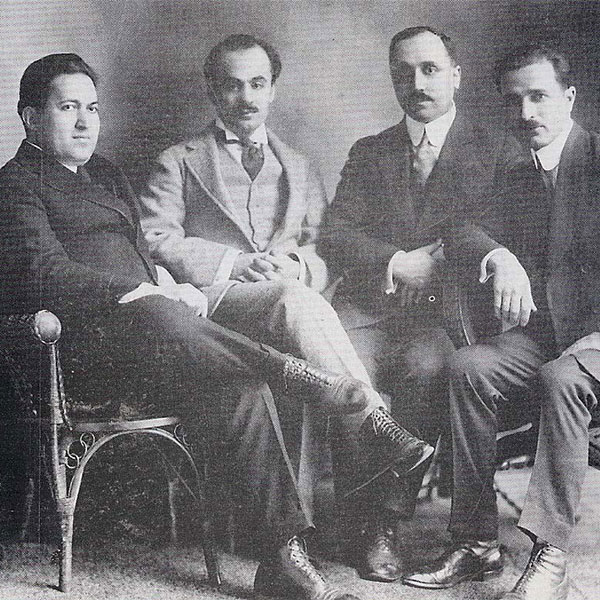 In addition to the male writers who formed the leadership of al-Rabita, the group included musicians such as Russell Bunai. Recent scholarship has also examined the presence within the circle of ‘Afifa Karam, a Lebanese American journalist, translator, and novelist, often neglected in the usual canon of Arabic literature due to her gender.

In April 2020, LAU NY launched the Rabita 2020 program that educates the public about the remarkable community of artists and writers from the Middle East who formed the original Pen League (al-Rabita al-Qalamiyya) in April of 1920 (known as the Mahjar in Arabic.) One hundred years later, Rabita 2020 celebrates the continuing legacy of Arab Americans and their cultural contributions to New York as they help to shape the fabric of the city, the state and the nation.

“This celebration will be a year-long series of events inviting Arab American artists of multiple backgrounds and disciplines to share their work and their stories with our audiences,” said Nadim Shehadi, executive director of the LAU NY Academic Center, “We hope that Rabita 2020 advances the academic center’s goals to raise public awareness of the Middle East and promote cross-cultural understanding.” The program is funded in part by Humanities New York with support from the National Endowment for the Humanities.

LAU NY kicked off Rabita 2020 with a webinar on April 23 moderated by Shehadi in collaboration with the Washington Street Historical Society (WSHS), the Arab American National Museum (AANM), and the Khayrallah Center. The panelists told the story of Al-Rabita, its connection with New York, and its current initiatives to preserve its archive and further document its history and publish its output.

Dr. Akram Khater, Khayrallah chair in Diaspora Studies and director of the Moise A. Khayrallah Center for Lebanese Diaspora Studies at North Carolina State University spoke about the center’s project of Archiving Early Arab American Writers. The center is dedicated to research about Lebanese immigrants in the US and throughout the world, and to preserving and sharing that knowledge with the scholarly community and general public.

Dr. Linda K. Jacobs, archaeologist and historian of the Syrian community in New York and the US, and member of the Washington Street Historical Society (WSHS) – which aims to restore the forgotten history of the earliest Arabic-speaking community in the United States back into the Great American Story – discussed the soil from which New York’s literary movement emerged, concentrating on New York’s Syrian colony in the 19th and early 20th centuries.

Dr. Matthew J. Stiffler, Research & Content Manager at the Arab American National Museum (AANM) in Detroit, which is the first and only museum in the United States devoted to Arab American history and culture, presented on the efforts of the AANM to document the history of the Arab American community through archival and artifact collections.

Noting the gaps in the archive as well as the importance of working with the community, Dr. Stiffler said that there were “very few institutions in the United States dedicated to preserving the archival record of the Arab American community. But the size and scope of the community, which reaches back to the 1880s and across the entire continent, means that there must be many ‘hidden’ archival collections, either in basements and attics of community members or in local libraries and historical societies.”

He further commented that, “We also know from the existing record that Arab immigrants were quick to establish houses of worship, social clubs, businesses, and newspapers in almost every city they settled in. But even as historians and other scholars find the traces of these institutions in scattered archival holdings, there exists no systematized manner of cataloging and making discoverable the record of these Arabic-speaking immigrant communities.”

The second Rabita 2020 digital event is planned for September 2020, curated by Shehadi and Catherine Coray, program director for The Lark Middle East-US Playwright Exchange, and will provide a window into the challenges and triumphs of contemporary Arab immigrant singers, writers and filmmakers living in New York today.  The event will also highlight LAU alumni such as Bouchra Hachem (‘08) who moved to New York in 2019 and is already making a splash on the art scene as a Jazz singer.

The arts help us connect across everyday boundaries of religion, economic class, ethnic heritage and country of origin. It allows us to both celebrate an individual cultural identity and to see the essential humanity that we all share in common. It is Shehadi’s hope that “Rabita 2020 will bring an often-neglected aspect of 20th century American literature into focus for modern audiences and enable contemporary Lebanese-Americans to see themselves as part of a cultural continuum.”

Share this:
Back to top Sheikha Intisar AlSabah: A Kuwaiti Philanthropist whose Generosity Transcends Borders Growing Up in a Suit