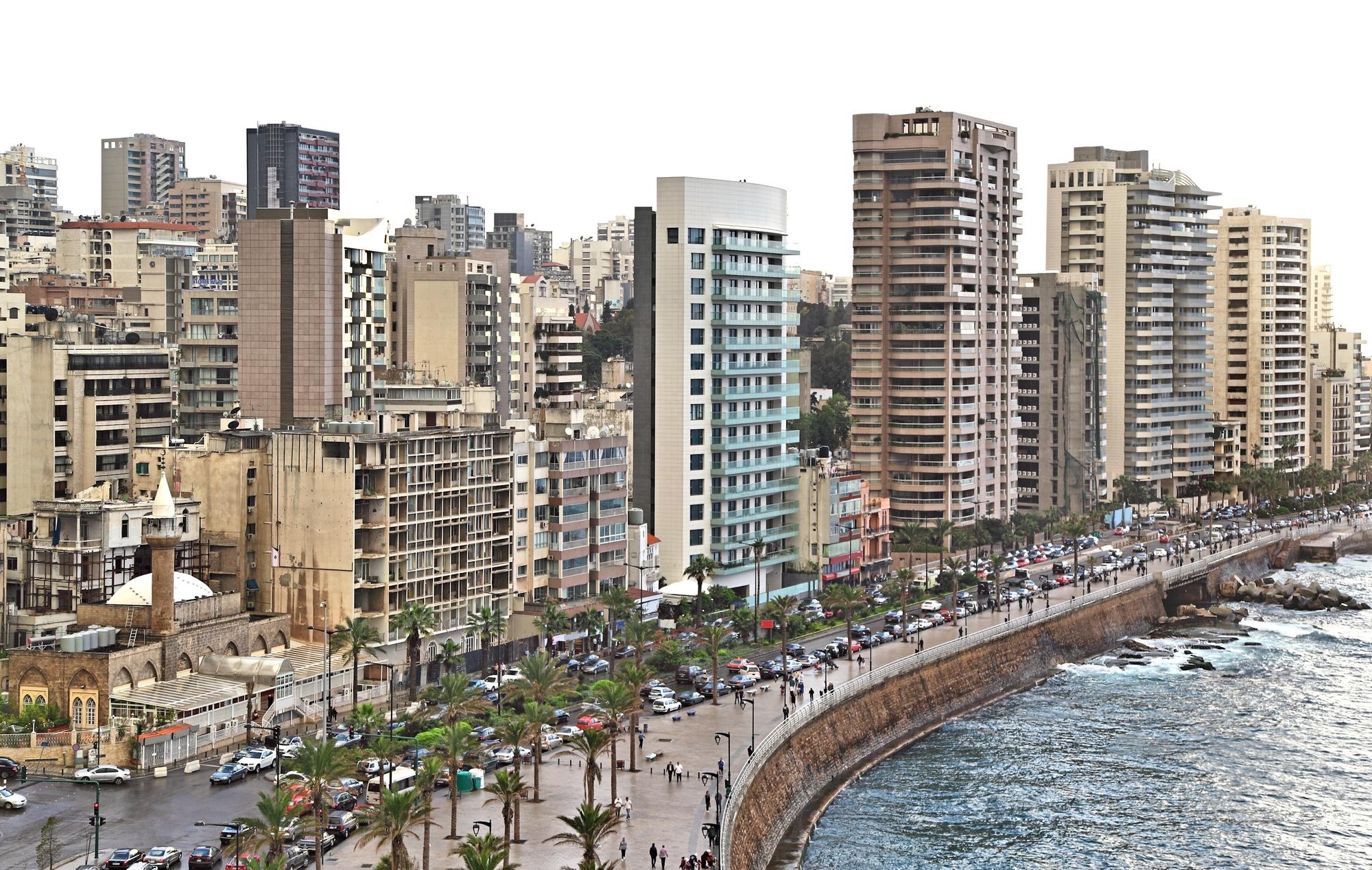 With rents increasing and supply low, experts call on the Lebanese government to protect landlords and tenants

Living in Lebanon can be a pricey endeavor. With rents increasing and demand for medium-sized apartments outpacing supply, many have had to search for housing further and further outside the country’s major cities.

In Beirut, post-war reconstruction and gentrification have driven up rental costs and property prices significantly over the past two decades. More recently, these trends have been compounded by an influx of refugees, which has brought with it a high demand for rental properties already in limited supply due in large part to a rent-control law enacted at the end of World War II.

Up until then, landlords had enjoyed a competitive market that saw rental contracts renegotiated every year. In 1944, however, a tenancy law designed to protect the large rural and mountainous populations that had moved into the cities at the end of the French mandate essentially granted renters, and subsequently their heirs, the right to extend their leases regardless of the wishes of the landlord.

That was bad news for landlords, but the worst was yet to come as the value of the Lebanese Pound plummeted in the early 1980s, while old contracts written up in the currency remained official. After a few decades, as discussions about eliminating rent control gained traction, tenants still benefiting from it were paying less than five percent of market value for their homes.

Following the enactment of Law Number 160 in 1992, new tenants who signed contracts no longer benefited from rent control, resulting in a schism between those who signed leases before and after the law’s passage. New three-year contracts with rates determined by a free-market economy became the norm. This, coupled with limited employment opportunities and low incomes, put a heavy financial burden on hundreds of thousands of Beirut residents.

Meanwhile, the tens of thousands of tenants paying old rent were living in increasingly deteriorating conditions as their landlords refused or were unable to invest in renovations to their properties. The collapse of an old-rent building in 2012 due to insufficient maintenance resulted in at least 27 deaths and gave impetus to calls for reform of rental law. This led to a new law being passed in 2017 that will see rent protection phased out, bringing about an increase in rates on affected contracts over six years and a return to a free-market economy more in line with the neoliberal policies of the state.

The phasing out of rent control is not, however, likely to improve the living conditions of those who used to benefit from it, says Roula Khoury, assistant professor at LAU’s School of Architecture and Design. “Unable to afford market-value rents, they will either move in with relatives, move to smaller apartments, or leave the city,” says Khoury. “This will result in a cramped and unhealthy environment for many.”

And while reform of the rent law was necessary, phasing out rent control is not enough, says Chairperson of the Economics Department Ghassan Dibeh. “A new system is needed that promotes longer-term contracts. The insecurity inherent to the three-year rental contracts is part of what pushes people toward ownership, which has become a national and individual obsession in Lebanon.” As most Lebanese families whose incomes come from inside the country cannot afford to buy, they take out housing loans, the obligations of which make up a high percentage of their earnings.

“This system is highly unstable both at the individual and economy-wide levels. We need to develop an efficient long-term rental market that would provide an alternative to ownership,” adds Dibeh, noting that a decrease in obstacles to people getting housing loans is adding to the fragility of the economy.

While many seem to expect that the increased property supply resulting from the abolition of rent control will remedy the problem by lowering both rent rates and property prices, this is unlikely, says Khoury. “Prices have not gone down over the past 15 years. They might go down a little now, but it’s more likely that they plateau before they go up again,” says the architect, explaining that instead of an increase in the supply of rental properties, Beirut will probably see an increase in the sale and demolition of old-rent buildings. BeirutEvictions.org, a website dedicated to documenting and mapping the fate of old-rent buildings, supports Khoury’s concerns.

“Many properties are already empty. It is very visible in the city. Owners are waiting to sell their properties to investors who will most probably build luxury developments,” says Khoury. “Restoration is very expensive, and with no incentive for owners to restore, it’s more likely they’ll wait until they can sell or afford to demolish themselves. It’s already happening. Hamra is practically vacant.”

Moreover, with little government oversight, the new developments being built in place of the old buildings are stripping the capital of its identity. Khoury, who specialized in urban planning in the US, believes government intervention is essential if the problem is to be remedied. She proposes the introduction of a rent cap and urban-planning strategies. “We tend to think that US cities are more sensitive to the market because of their capitalism, but Beirut as a city is more capitalistic than US cities in its formation and planning, even more so than New York. It responds to the market, and that’s all it does.”

As in Lebanon, rent control first appeared in New York in the 1940s, when soldiers returning from World War II sought accommodation, leading to drastic rises in rates. Similar to Beirut, the benefit of rent stabilization in New York has been under great scrutiny. The fact that half the apartments in the borough of Manhattan are subject to rent stabilization has, many argue, priced those not lucky enough to live in them out of the city entirely because rent in the rest of the boroughs’ properties is determined by a highly competitive market.

In Beirut, the number of people who can afford artificially high rents is limited, and with the city’s old-rent tenants forced out and new properties being bought predominantly by investors from abroad, the capital is at risk of losing its economically and socially diverse population.

However, it may be many years yet before the city loses all its old-rent tenants, as half the estimated 170,000 left may benefit from a planned government fund for the underprivileged. That fund has yet to materialize, though, and the application of the new rent law has been largely suspended.

With the lack of decisive state intervention on either party’s behalf, emotions erupt on occasion.

Both tenants and landlords took to the streets after the new rent law was drafted in 2012, delaying its official approval by parliament for five years. While landlords argued that they were being handicapped by significant loss of income and an inability to rightfully benefit from their properties, tenants argued that a lack of social welfare and inflated market rates would leave them in the cold. The societal division was marked, not between rich and poor but between lucky and unlucky.

“Over 50 years, our tenant has paid $7,000. Now they got an additional $13,000 in compensation. Is this justice?” says landlord Robert Kahale, referring to a payout of $20,000 he made in order to evict his tenant under compensation rules included within the new law. Such compensation options were also included in caveats within the old rent law that restrictively enabled landlords in need to reclaim their properties.

“I paid $100,000 to the landlord and the same amount to the old-rent tenant in order to buy the property tenant-free,” says an investor who bought an apartment in Beirut in 2012, before the new law was passed. “I was shocked at how rundown the apartment was. Despite paying next to nothing in rent, the tenants hadn’t in all those years invested in hot water for the kitchen.”

Those who supported the old rent law may not have anticipated the societal chasm that would last for almost 30 years thereafter. With the danger of all but the wealthy being pushed out of Beirut, experts are calling on the government to pass legislation to protect against property demolition, over-development and gentrification. This will protect the identity of Beirut and allow its diverse and dynamic population to stay put.

Share this:
Back to top Tapping Lebanon's Oil and Gas Riches Room with a Future