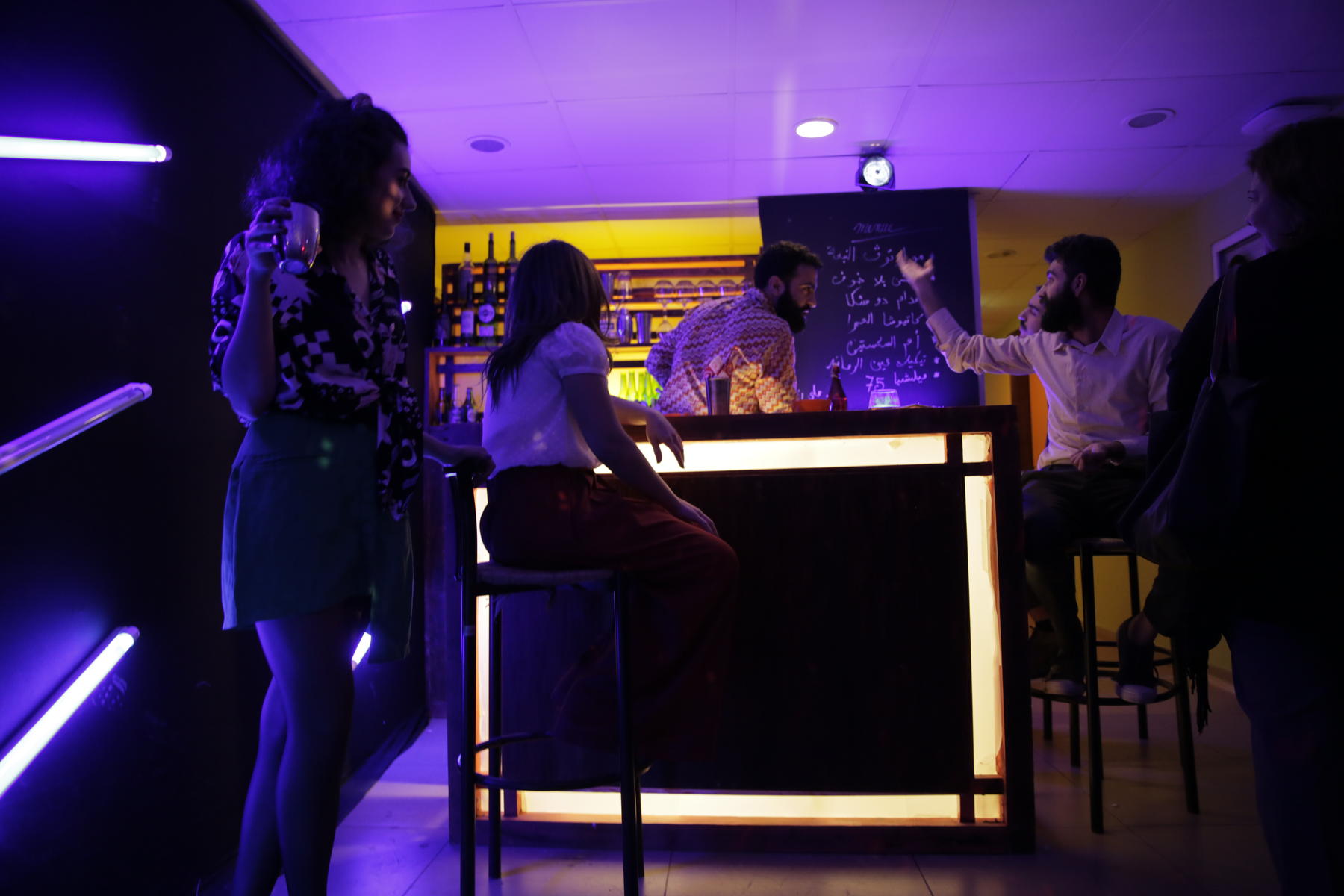 The audience was asked to break up into four groups, each according to the color of their tickets for LAU’s major theater production Abou Warde El-Santa, directed by Theater Lecturer Aliya Khalidi. Each group of 20 attendees was led on separate routes into the Safadi Fine Arts Building, while being assured that they could leave at any time if the experience became too intense. With that, they left behind a familiar world to be immersed into one from another time ― the Lebanese civil war.

Once in the Fine Arts Building, the groups followed the stories of four characters in their attempt to reconstruct their memories of the war, which lasted from 1975 until 1990.

Khalidi said she got the idea to write a play about the war when she began teaching the history of Arabic theater at LAU in 2010. She was perturbed by how little her students – many of whom were born after the war ended – knew about that period of Lebanon’s history.

There is a reason for that, she said. “Either their parents didn’t tell them or the responsibility lies on the government, who should be writing history books. Both have not happened.” The reason the government hasn’t written a history book for schools, Khalidi said, is that “nobody has agreed on one history.”

To reflect that disagreement, each group who attended the play saw it from a different angle. “In the same way as the Lebanese people saw and continue to see the war from their own angle, people who started the war with a massacre in their village have a totally different impression of the war than those who started off the war meeting the love of their lives,” said Khalidi. 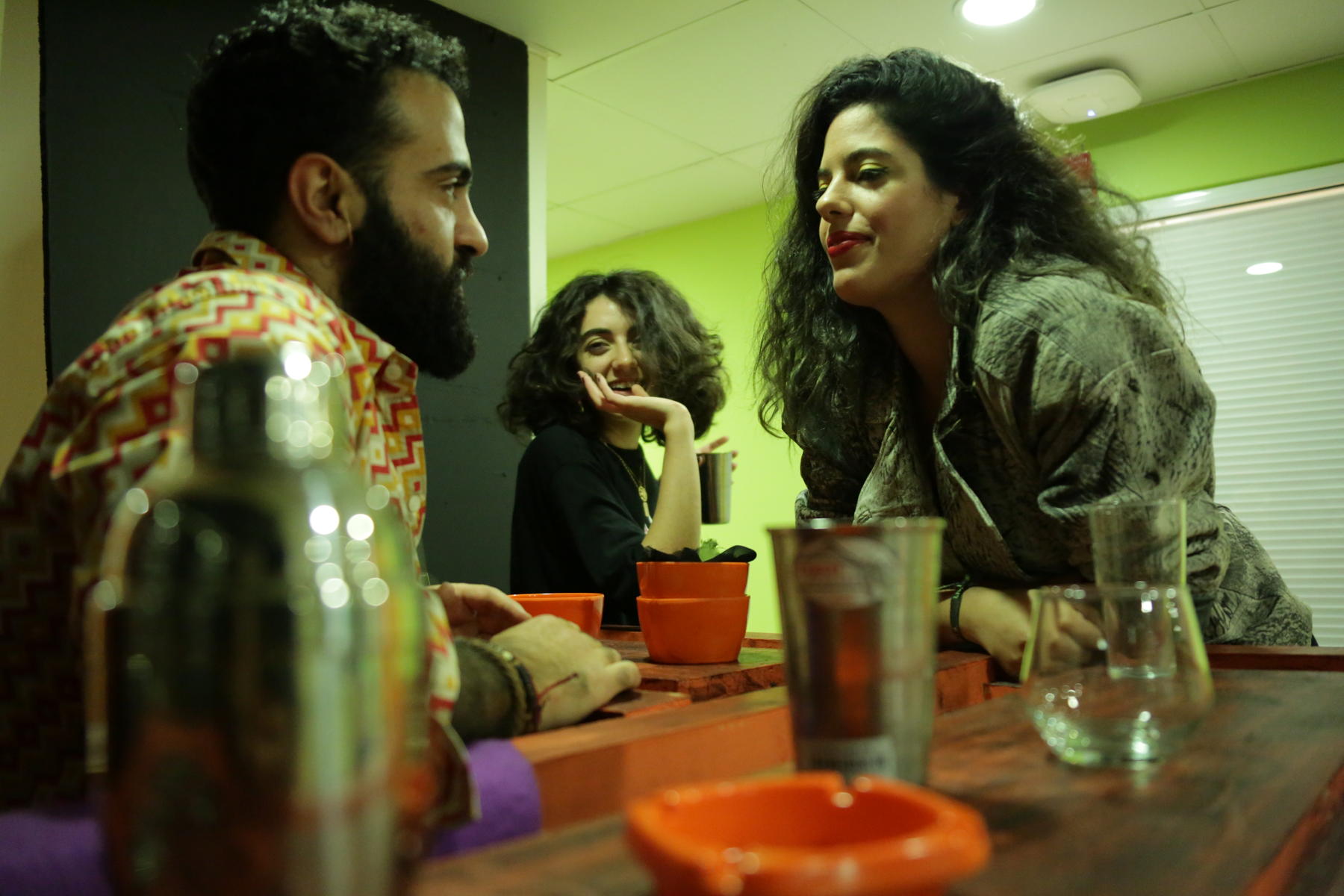 While older Lebanese have their own memories of the conflict, Lebanon’s millennials don’t. When rehearsals began, Khalidi discovered that even her team members – most of them LAU alumni – knew very little about the war. She showed them videos and asked them to do their own in-depth research in order to “get a feel for it.”

The assignment led to the discovery of a dark family secret for one team member. Scenographer Walid Salibi, who graduated in 2015 with a BA in Communication Arts, said the topic was never discussed at home. But as he talked about his research with his parents one day, his father told him that his uncle had been kidnapped from a café during the war and killed. This was the first time Salibi had ever heard of the uncle who had died.

He said he began to understand why the older generation refused to open up about their experiences. “My father never talked about it because he didn’t want to remember the war. There was no closure; no one had closure,” he said.

The horrors of the era were also reflected in the unusual title of the play. During the war, Khalidi explained, adults used to scare kids into behaving by telling them stories of a violent militiaman known only as Abu El-Jamejim, whom no one had ever seen. 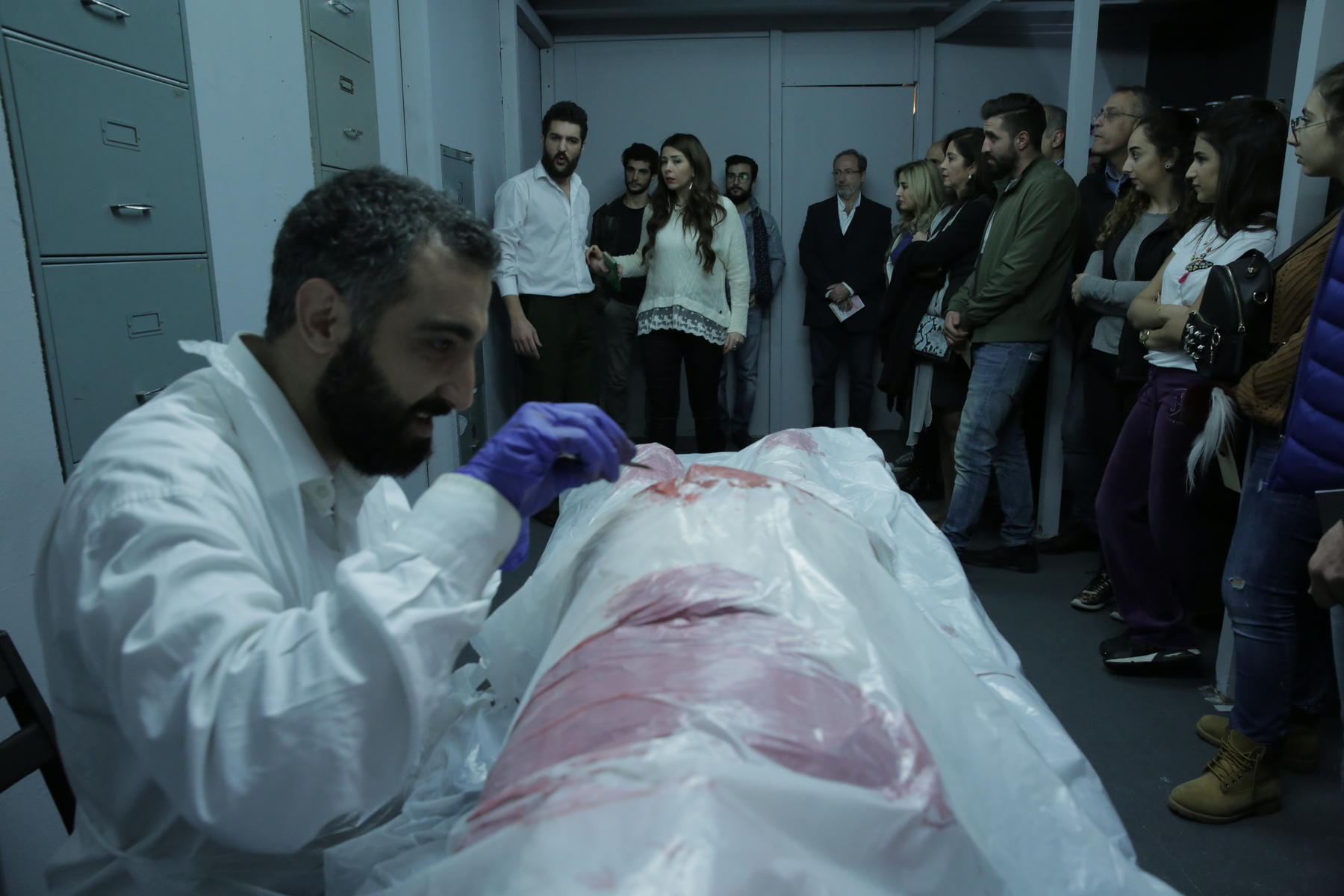 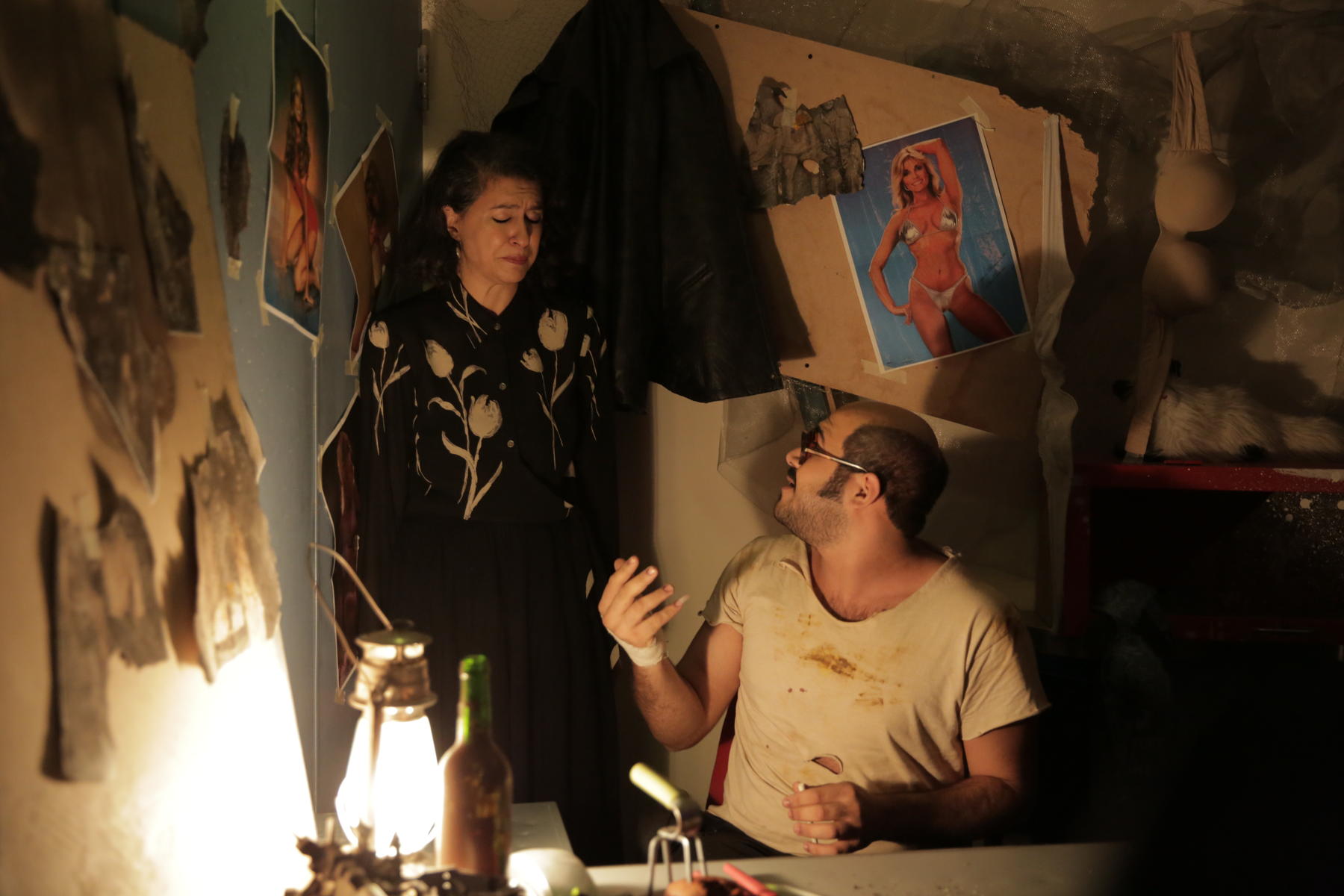 One of the production’s actors, Ram Noureddine, suggested the play’s faceless militiaman character be called Abou Ali El-Santa. Khalid decided to keep El-Santa, but to pair it with the common nickname Syrian protesters would call each other at the beginning of the revolution in that country: Abou Warde.

“The idea is this unknown character: You don’t know whom he is affiliated with or what he does, but you know that he is a murderer and a savage. But he doesn’t even have a face,” she said.

At the end of the play, the four groups reunited after passing through four checkpoints, visiting a morgue, watching children hide in underground shelters, and meeting an agitated bomb maker. An eerie silence overcame the Gulbenkian Theater. On the seats were the names of all the massacres that took place during the war, as stills from that time were projected above the stage.

“Now I have more compassion for Lebanon,” said Salibi. “I have more affection for this country that has suffered so much. It deserves that we at least try to make a difference.”

Share this:
Back to top Student Scientists Shine at CERN Coming Home