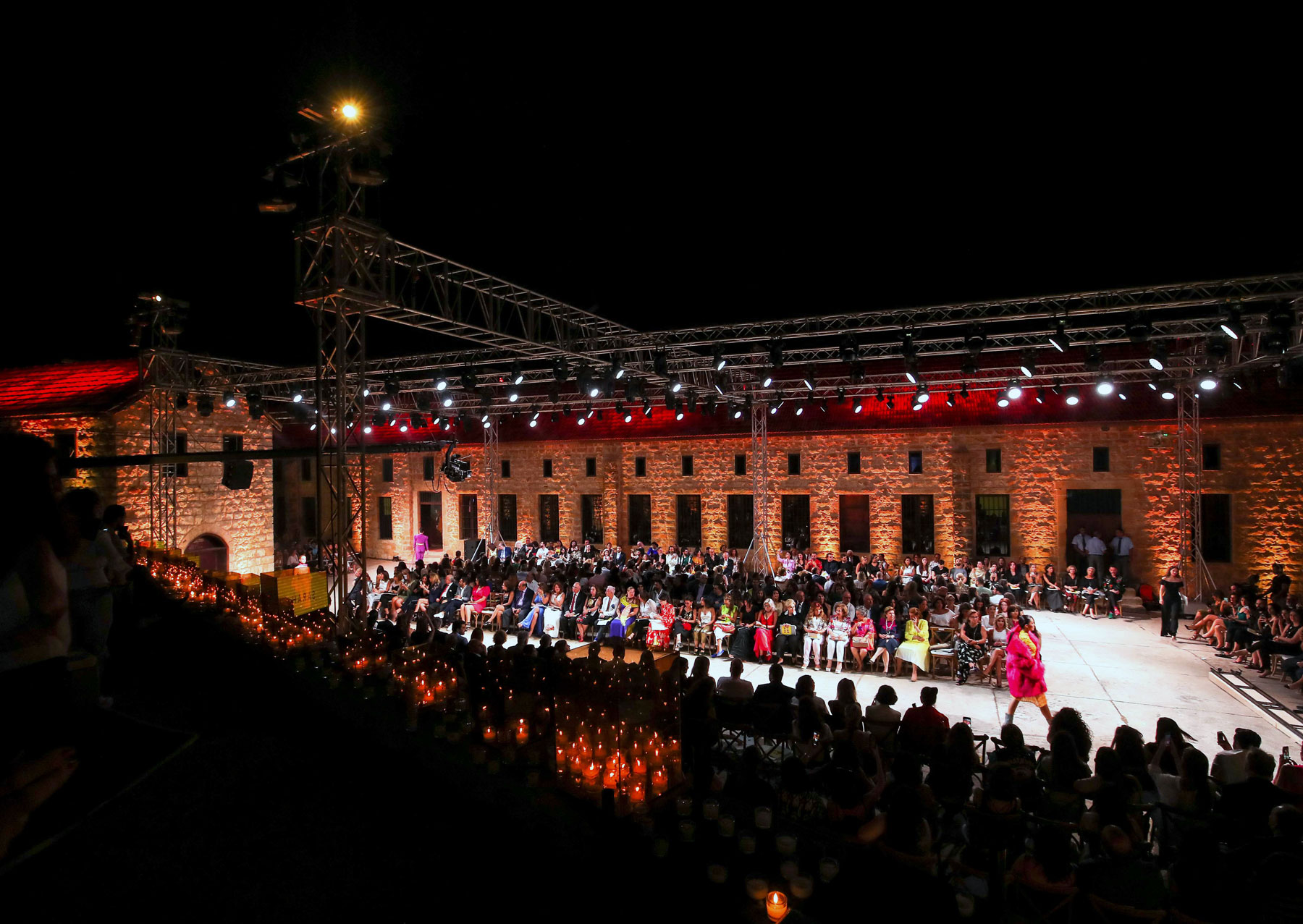 Lights flashed and music thumped as models strutted down the runway in a restored 18th-century silk factory just outside Beirut. Hundreds of audience members – including EU Ambassador to Lebanon HE Christina Lassen, local and international designers, and fashion journalists, bloggers and influencers – watched excitedly as the models filed by, with a change in tone and music accompanying each new collection.

The production was intensely stylized, the looks bold, exciting and unique. But it was not your traditional fashion show. It was the result of months and months of work by LAU’s second cohort of 14 students graduating from the Fashion Design program, a unique BA offered in collaboration with global mega designer Elie Saab and the London College of Fashion.

The theme of the show this year was New Wave, a reference to “the music, art and fashion scenes that emerged around the time of punk in the mid- to late-1970s and subsequently changed perceptions of design,” according to the program’s coordinator, Jason Steel.

The show has become an eagerly awaited event and acts as a launch pad for the emerging designers who completed the degree, which was modeled on programs offered at leading universities in the US and UK.

After the défilé, three of the designers were recognized for their collections: Yasmine Hassouna, who received a Certificate of Excellence in Craftsmanship for her collection, Last Train to Nowhere; Genny Haddad, who took home the Certificate of Excellence in Concept Development for De-Code-The Boy; and Tatyana Antoun, who won the Prix du Jury for Vamata. The winners each received a valuable prize from Joaillerie Moukarzel, one of the event’s sponsors.

“Today was incredibly hectic that it feels surreal,” said Antoun, who was proud to have been able to “see my vision come to life after four years of a very unique journey.”

Share this:
Back to top All On Board A More Inclusive Lebanon