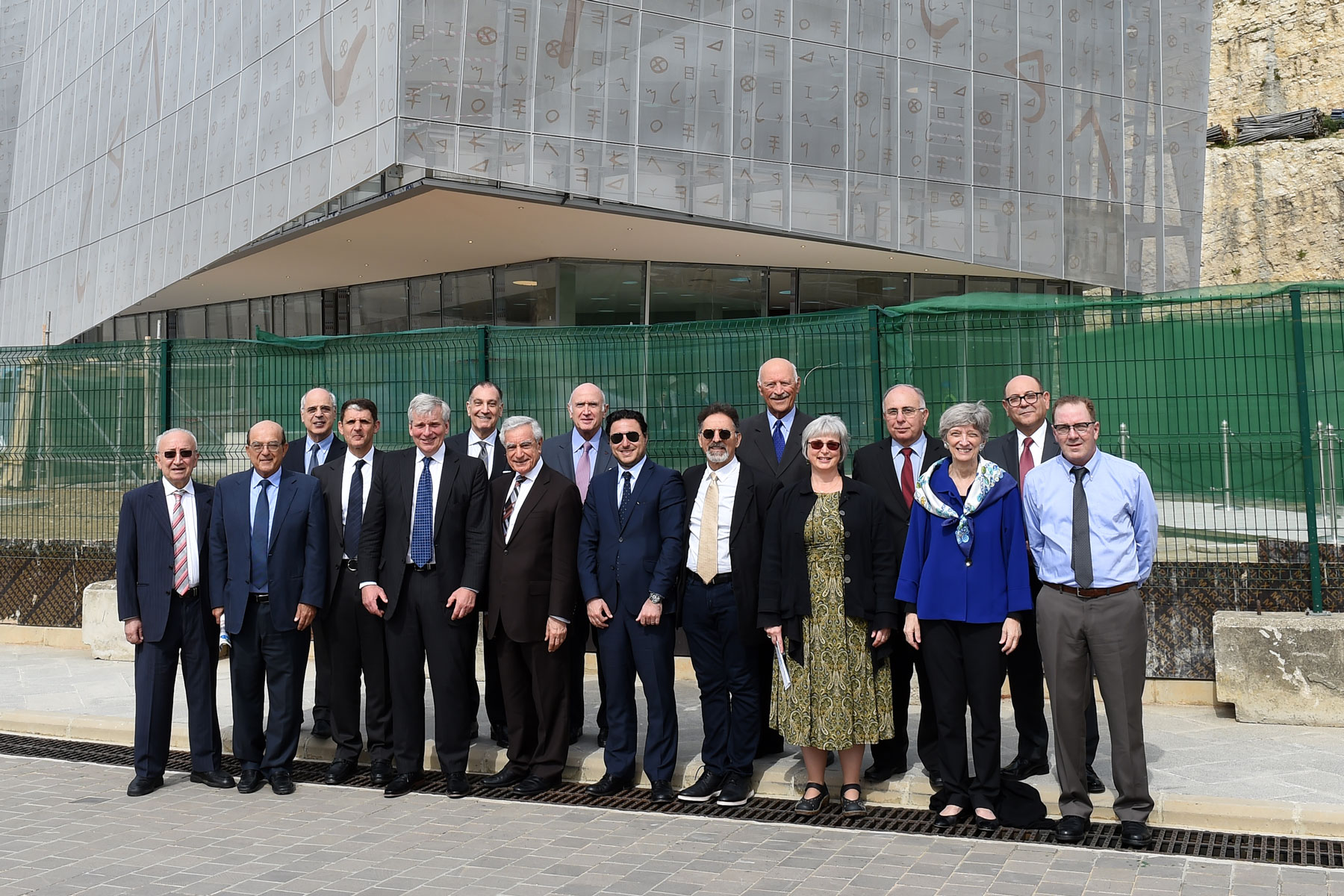 LAU's Board of Trustees meets and welcomes new members

Though based all over the world, members of LAU’s Board of Trustees meet twice every year. This spring they convened on the university’s Beirut and Byblos campuses to discuss LAU’s strategy, advancements and challenges.

Over two days of meetings, LAU President Joseph G. Jabbra and trustees reviewed achievements of note from the past year that align with the university’s Third Strategic Plan. In line with the strategy’s first pillar — Intellectual Capital — this year LAU hired 40 new faculty members, all of them leaders in their fields. In addition, 21 faculty proposals to the National Center for Scientific Research were accepted.

In terms of the second pillar — Pedagogical Innovation and Integrated Delivery — board members learned about the newly established Fouad Makhzoumi Innovation Center’s role in promoting dynamism and entrepreneurship, as well as the university’s efforts to train students for success in a changing job market. Finally, regarding the third pillar — LAU Without Borders — trustees were briefed about the ways the New York Office promotes LAU in the US, how the university is cultivating international partnerships and sending faculty to conferences across the world, and how it is planning to engage with more international students.

Also discussed was LAU’s continuing expansion, with the construction of a major new library on Byblos campus, the availability of scholarships and financial aid for any student in need, and the approval of the integrated plan with the LAU Medical Center-Rizk Hospital and the different schools at the university. A revised branding and communication strategy falls in line with the three pillars, in articulating the positioning and strengths of the university.

In his address to the board members, President Jabbra asserted that “LAU is accompanying the changes brought by the global Fourth Industrial Revolution, and is continuing to enrich and modernize all its curricula and methods.”

The university is “attracting the best professors, providing students with opportunities for creativity and innovation,” he said,  “making classrooms interactive learning spaces, and striving to establish the institution’s financial sustainability.”

Trustees were welcomed by Chairman of the Board Philip Stoltzfus, who is co-founder of QuantBridge Capital Management, and CEO and partner at investment management company Thayer Brook Partners LLP. “Everything we do on the board is oriented toward the students, to make their experiences here and opportunities later as great as possible,” he said after a round of meetings in March. “We believe that LAU is a university for life.”

The trustees are all distinguished leaders in their fields, which range from finance to diplomacy, education to healthcare, and beyond.

Peter Tanous, chairman and founder of Lynx Investment Advisory, rejoined the board this year after a hiatus. Being on the Board of Trustees, he says, has given him the opportunity to get to know the students, whom he called “remarkable.” “The students I’ve met are so inspiring, so bright. Whatever problems this country may have, these students are the solution,” he said.

New board members include former US Ambassador to Morocco Edward Gabriel, who also works in finance but with an eye on international policy, and Fouad Zmokhol, president of the Association of Lebanese Business People in the World (RDCL World) and CEO of the Zimco Group, which has integrated holdings in different industries.

“I’m so impressed with the university and its leadership,” Gabriel said after a morning meeting. “And the students I’ve met are among the best I’ve ever talked to. They’re very aware of how they fit into the world and how they can change it.”

Zmokhol, who graduated from LAU in 1999 with a degree in business, says that as part of the Board of Trustees, he hopes to “build bridges between businesses and universities, and between businesspeople and students.”

As Chairman Stoltzfus said following a meeting with students from different disciplines, “LAU is and has always been a university with a mission, which is to invest in our greatest strength: our students.”

Share this:
Back to top Education Starts Early A New Wave Hits Lebanon