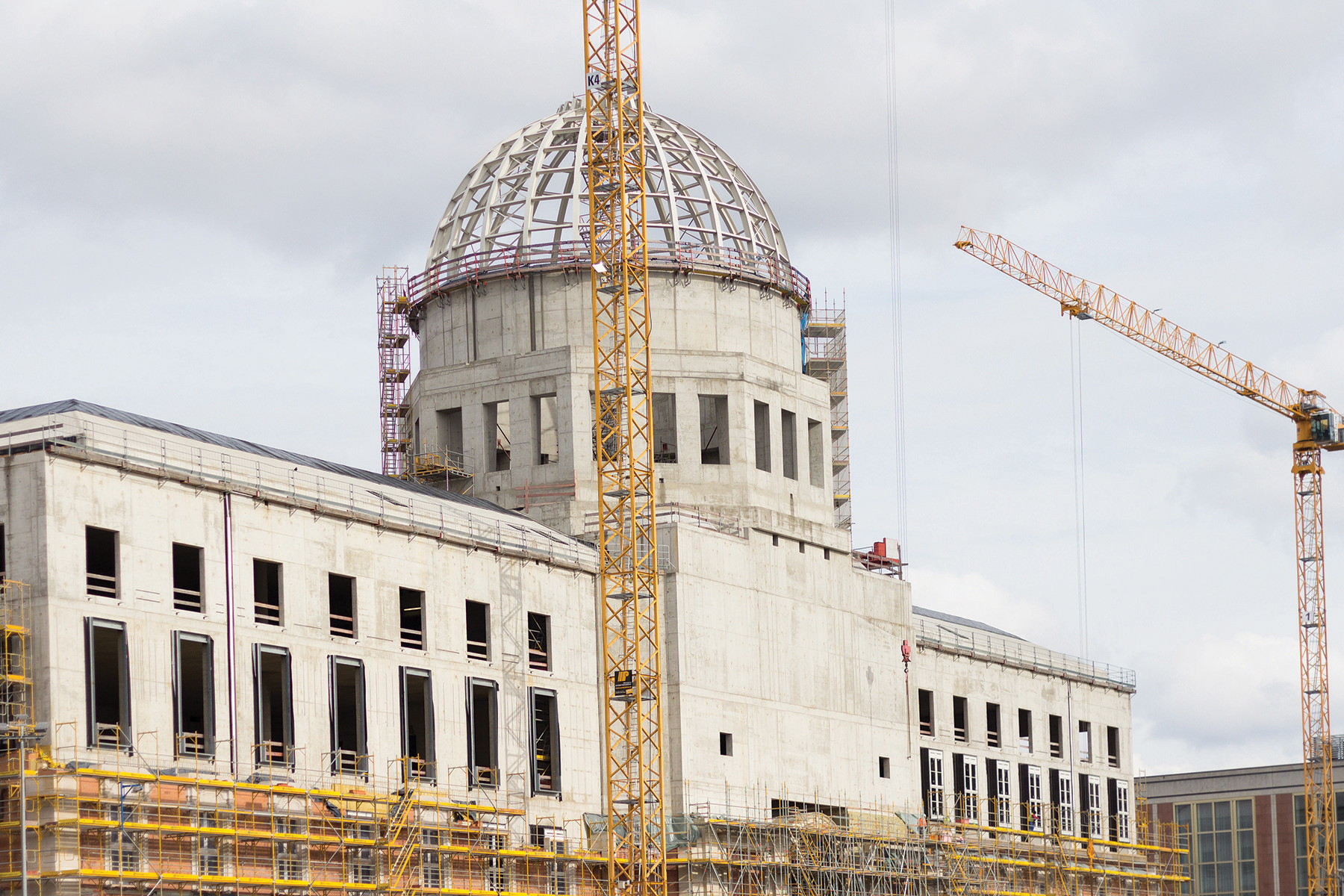 The School of Architecture and Design holds a symposium on how Europe handled post-war reconstruction, and how the Middle East can build off its success.

In the wake of World War II, Europe faced the monumental task of rebuilding its cities from rubble. For certain countries, the damage done to historical landmarks and urban areas was compounded by a change in demographics and redrawn borders, threatening their very identity.

Post-War Reconstruction: Lessons from Europe, a one-day symposium held on October 18 by LAU’s School of Architecture of Design (SArD) in collaboration with the Cracow University of Technology – and sponsored by Samir Khairallah and Partners – sought to explore which overarching themes from Europe’s reconstruction, if any, can be applied to the MENA region.

In his welcome address, Dean Elie Haddad spoke about the timeliness of the symposium, as “the Arab world is slowly recovering from devastating wars that have leveled entire cities, destroyed historical landmarks, and most dramatically uprooted entire communities that have fled to other countries around the world.” Its purpose, he told an audience of architecture and planning professionals from Lebanon and the region, is “to bring these lessons to life, hoping that some of the mistakes that were made in the past would not be repeated in our present condition.”

Scholars from various countries that were ravaged during World War II – England, France, Italy, Hungary and Poland – were invited to expound on the difficulties their countries encountered in the reconstruction process, from planning to execution, and the measures taken to surmount them.

The keynote speaker, Professor of Architectural and Planning History at Cambridge University, Nicholas Bullock, set the tone for the day’s discussions. Juxtaposing an image of Berlin in 1945 and one of Aleppo in 2016, he pointed out the “harrowing similarities” between post-WWII Europe and present-day Syria, adding, however, that the former was able to benefit from prior experience. While the role of the state in reconstruction was much reduced after the First World War, he continued, after WWII, the “sense of shared suffering laid the basis for the state to rebalance the rights of individuals and those of the collective,” thereby taking on the reconstruction. Financially bankrupt, European states opened their economies internationally in return for receiving aid via the Marshall Plan, which “helped the European economy bloom in the 1950s and 1960s.”

In Western Europe, post-war reconstruction was largely marked by a compromise between modernization and tradition, thus ensuring continuity. When it came to urban planning, the French state, said Patrice Gourbin of the École nationale supérieure d’architecture de Normandie, took the opportunity to upgrade its larger cities according to the imperatives of modernity, while observing French aesthetics.

In Milan, on the other hand, a newly formed group of architects, intellectuals and artists encouraged an understanding of the historical, not for the sake of imitation but for the preservation of identity, explained Raffaella Neri of Politecnico of Milan. Nevertheless, the rebuilding process in Italy was not without its ambiguities, remarked Giovanni Corbellini, professor at the Polytechnic of Turin. Central to architectural reflections on reconstruction was the dual wish to create continuity and, at the same time, to erase all reminders of a dictatorship that had plunged the country into war.

During the session on The Polish Condition, Małgorzata Popiołek gave particular insights into the reconstruction of Warsaw, which some considered “a blessing in disguise,” or an opportunity for urban renewal. Rather than a reproduction of the pre-war era, the restoration of Old Town Warsaw, for example, represented a “combination of a romantic vision of history and 20th-century pragmatism.”

In her talk, Utopian Visions, Dr. Virág Molnár from Princeton University, spoke of the collective participation in the reconstruction of Budapest. “Some of the best architecture plans often came from open public competitions and not from state-commissioned private architects,” she explained, showing examples of competition entries, many of which never saw the light. Nevertheless, the people were “provoked to think about what might be possible for a happier future,” commented Dr. Bullock during the discussion.

The President of the Lebanese Order of Engineers and Architects Jad Tabet summed up the recurrent themes across the sessions in his concluding presentation, Reconstruction in the Age of Globalization. From Warsaw to Beirut, at the core of every reconstruction process is the difficult choice between continuity and mutations, the urgency to respond to people’s needs and long-term projections, given that most reconstruction initiated by generations will outlive them, Tabet argued. Most importantly is the participation of all stakeholders, from local communities to the state, in the reconstruction process, which Tabet defined as “a key element in post-trauma recovery.” 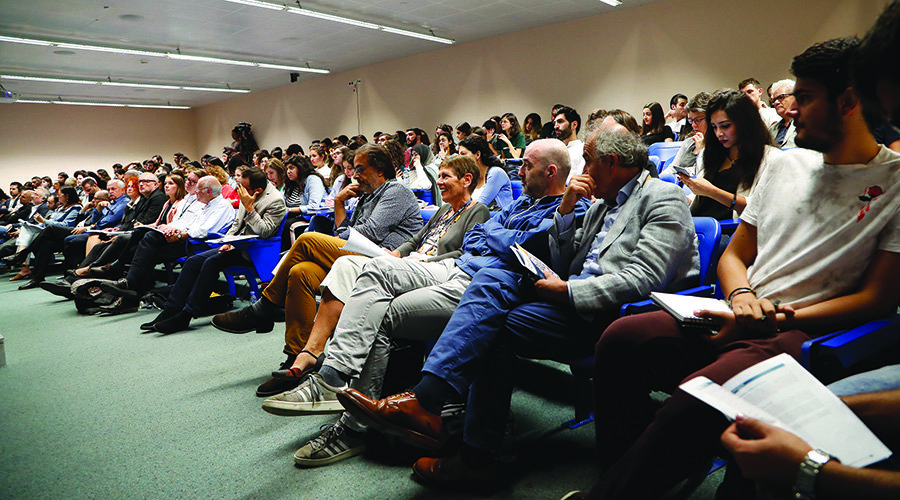 Share this:
Back to top What Can We Do to Fight Noncommunicable Diseases? Our Mental Health: Of Sound Mind