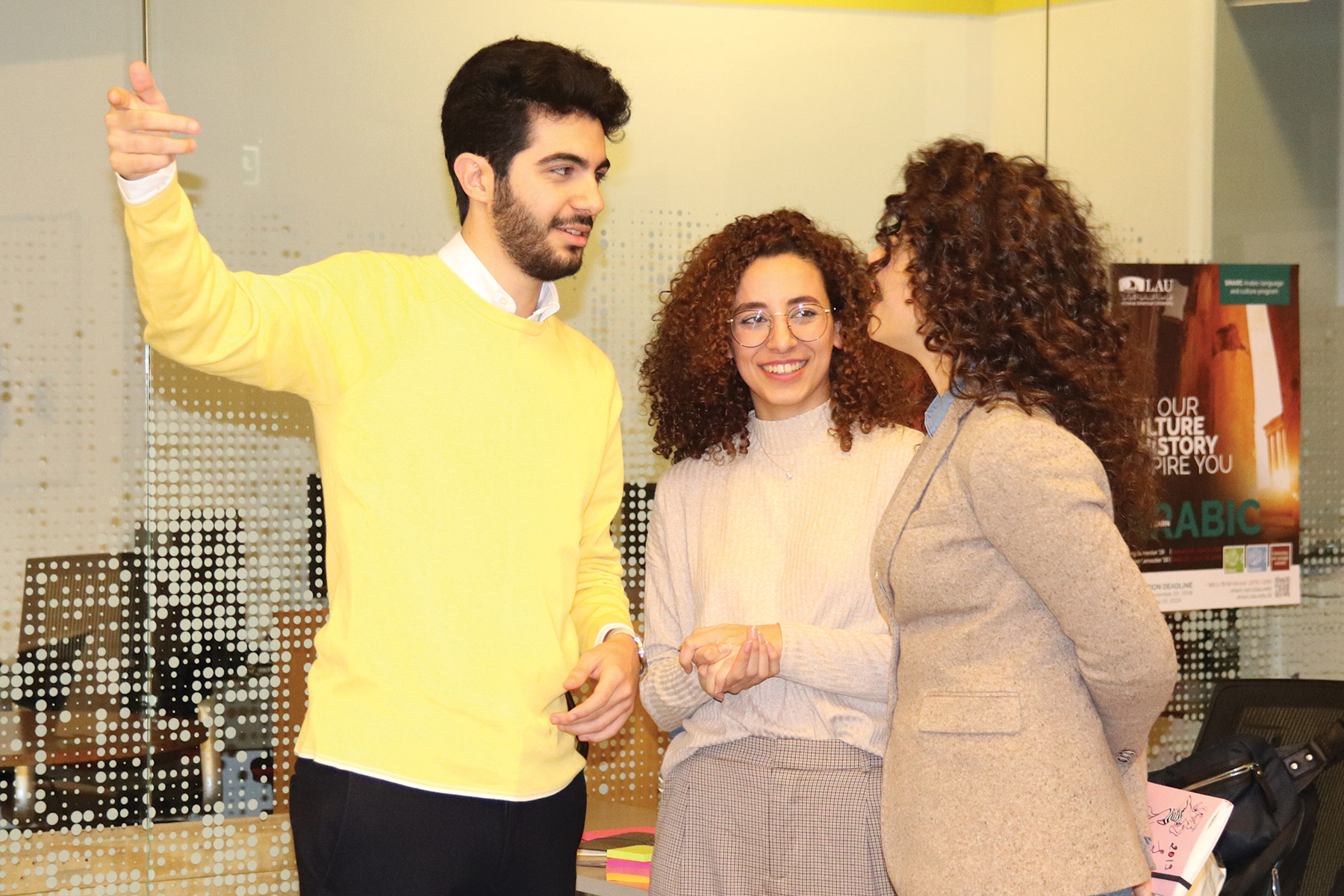 A First Step Toward Independent Activism

In a country where young people are frequently described as politically charged, identifying as a non-affiliate is arguably the exception. Independent activism – commonly understood as self-governance without having political ties – is what two students from LAU Beirut campus sought to define, develop and set in motion in collaboration with a wide network of like-minded young scholars from other universities.

“We could have sought out people with different mindsets and invited them to debate topics,” said Elharake, “but the point was not to leave it at a debate, since we intentionally wanted to agree and produce an action plan.”

She added that though the participating students come from diverse backgrounds, majors and universities, they “remain very much on the same page” when it comes to independent activism.

Akoum suggested that the lack of consensus on how independence is defined was a driving factor. “Not being politically affiliated is the mainstream understanding – but it’s also about equal representation, gender equality, human rights and abolishing social constructs, to name a few,” he said, adding that for him, to be independent is to advocate for all of these and know how to prioritize them.

Because Akoum and Elharake have had limited experience with activism so far, they invited speakers who “may not be the experts, but are more experienced than we are,” to guide students through the process. One of the guests was writer and activist Joumana Haddad, who drew from her own experience running in Lebanon’s parliamentary elections last year. She underlined the importance of agreeing on core values that define an independent student and citizen.

Another guest speaker, President of the Rotary E-Club of Global Peace and Leadership Maxton Scotland, brought in a more global perspective, highlighting the positive impact of youth-led activism. He also reassured students that their challenges were not limited to geography and were indeed shared by independent student activists across the world.

“For the most part, the session was highly interactive and unstructured in the formal sense,” said Elharake. The students were divided into groups, each of which tackled a real-life case study from campus. “From those case studies,” she said, “we branched out into establishing values and drafting action plans per campus.”

Both Akoum and Elharake agree that there are plenty of possibilities moving forward. “In the future, we are hoping to target a larger audience and spread further out within the country,” said Akoum, adding that the workshop had been inquiry-based and “informative thanks to its lack of structure.”

In a commentary, Vice President for Student Development and Enrollment Management Elise Salem said she was proud that the students took initiative “to build a movement that is youth-led and one that advocates for social change,” pointing out that their mission crosses that of OCE’s – youth empowerment and outreach.

“The future belongs to young people, and it’s up to them to improve their world,” Dr. Salem concluded, adding that “we will support them by any means we can to help them empower themselves.”

Share this:
Back to top Saving Lives One EKG Screening at a Time Staying Connected