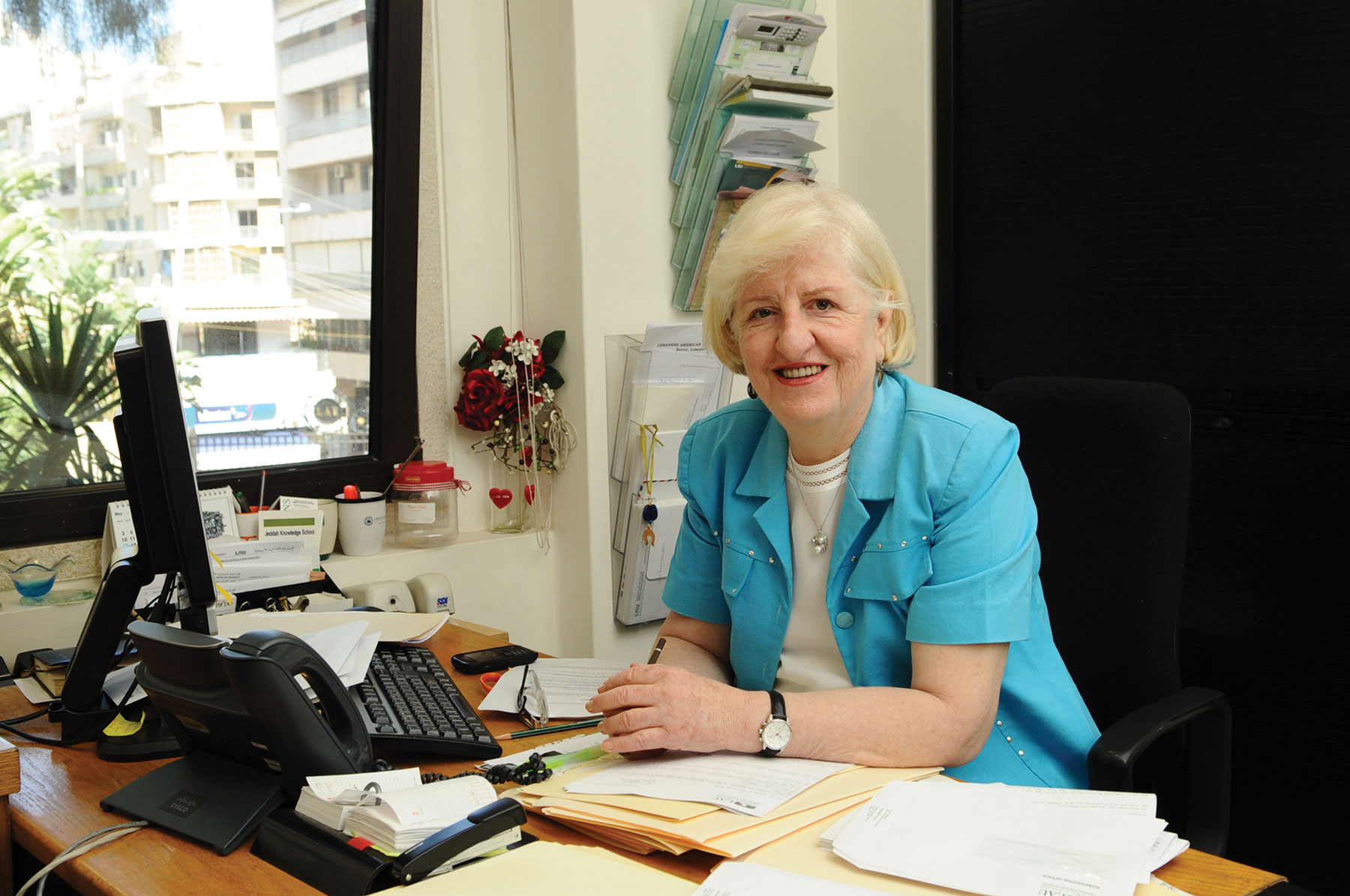 The LAU community lost a dear member on August 18 with the passing of Nadia Daoud, who was a steady presence at the university first as a student, and later as a staff member. Daoud retired in 2017 after nearly three decades of serving her alma mater.

Daoud’s unique journey dates back to 1968, when she enrolled as an elementary education student with the help of financial aid. She divided her time on campus between attending classes and working at the library in Irwin Hall, as she herself once recalled in an interview with the LAU Magazine.

Upon her graduation in 1972 from Beirut College for Women (as LAU was known back then), Daoud first worked as a grade school teacher and later joined Continuing Education at Beirut University College as an English instructor.

In early 1990, Daoud formally joined the staff at the Alumni Relations Office. Together with her former teaching colleague Leila Saleeby, who had invited her to apply for the position, she was instrumental in connecting the dots and laying the groundwork for what was later to become the university’s alumni database.

Reflecting on her experience during those days, Daoud had spoken of the tight-knit LAU community just after the civil war: “There were only around 100 or 150 students then. We worked a lot, and it was a very nice job – you get to know people and learn how the university changed their lives.”

A few years later, Daoud went on to take up a new challenge: setting up the newly opened Admissions Office. Along with colleagues, she visited schools from all over Lebanon to build and strengthen ties with the university. As the office grew and evolved, Daoud continued to serve with dedication, working on a part-time basis for two more years past retirement.

“LAU offered me great opportunities to grow and get to know people. Everything I gained at LAU was to my benefit.” Likewise, everything she gave to LAU through dedication and commitment will be remembered by many.

In his tribute to Daoud, Vice President of Human Resources and University Services Roy Majdalani described her as “not only a dear colleague but also a true friend and a part of the LAU family.” Quoting poet Thomas Campbell who once said “To live in the hearts we leave behind, is not to die,” he added, “anyone who knew Nadia would agree that she will continue to live in our hearts.”

Share this:
Back to top New Giving Report Reveals Donor Impact on LAU and its Students Postcard from New York