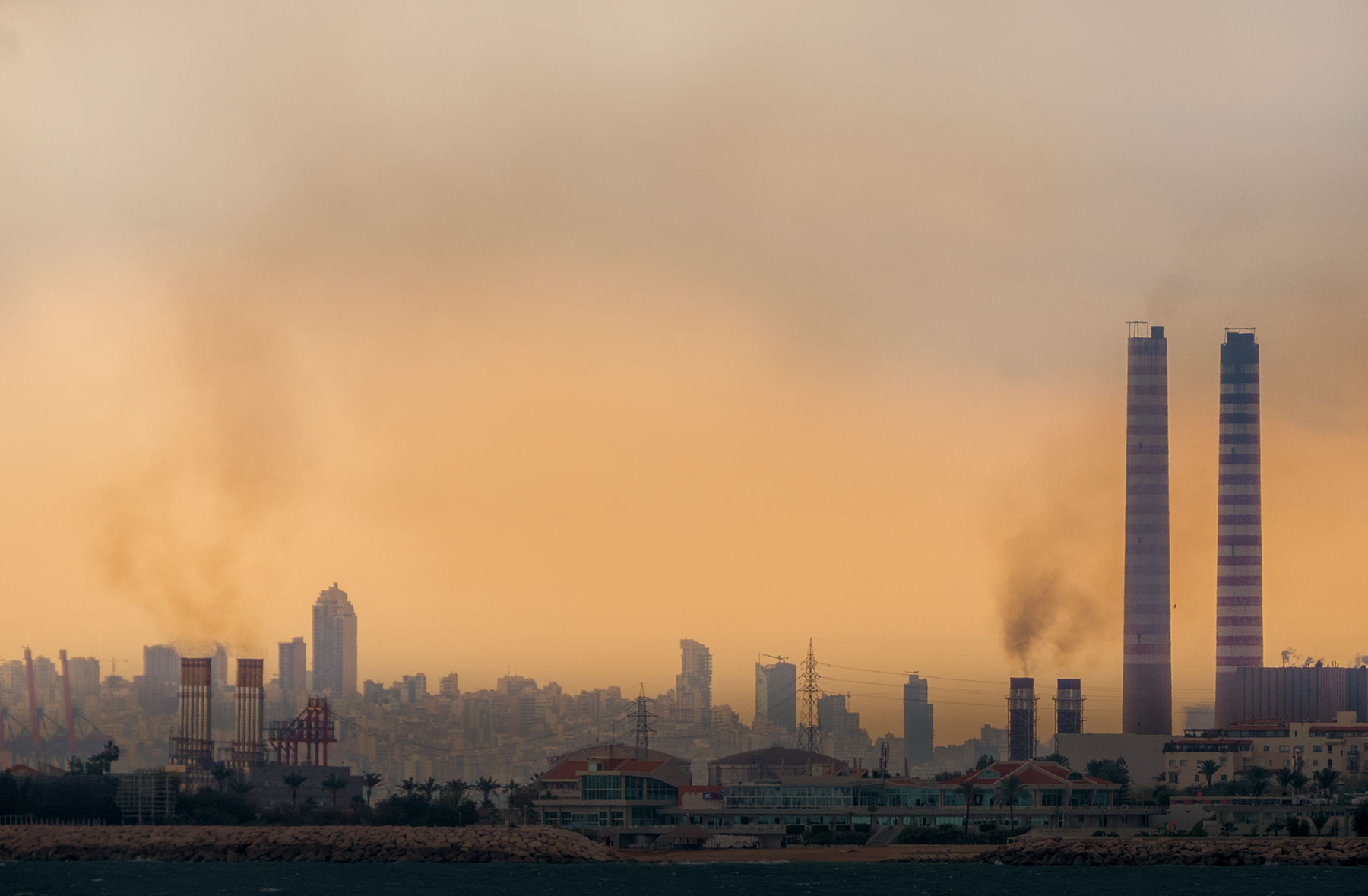 Stepping Up to Combat Pollution

You’ve seen it. You may have even smelled it. Pollution in Lebanon is a crisis that can no longer be a back-burner topic or a political poker piece – and LAU has jumped in head-first in an effort to responsibly tackle the problem.

The facts are daunting: emissions are increasing with the growing number of vehicles in Lebanon, unregulated factories are polluting rivers and surrounding lands, and waste is an ongoing battle for adequate removal. According to a report by the Lebanese Ministry of Environment and the United Nations Development Programme (UNDP) in Lebanon, a master plan for the closure and rehabilitation of dump sites in Lebanon became critical in 2015.

“The solid waste collection and disposal crisis started in July 2015 with the closure of the Naameh Landfill which served the most densely populated regions of Beirut and Mount Lebanon,” the report states.

With this reality as a backdrop, LAU has assumed its role not only as a higher education institution, but as a leader in the community for responsible action. The university has homed in on two particular concerns facing Lebanon today: the treatment of industrial wastewater and the use of incinerators for waste removal.

LAU’s own Dr. Mahmoud Wazne, associate professor of civil engineering, was recently awarded the prestigious Partnerships for Enhanced Engagement in Research (PEER) grant to further his research on the treatment of industrial wastewater, and the potential use of the treatment by-product as an alternative energy source.

As part of his ongoing research, Dr. Wazne and his team of LAU graduate students have visited five factories that currently have no effective treatment for their industrial waste or no treatment at all and have collected more than 50 liters of wastewater samples from each factory, and bacteria seed from a wastewater treatment plant in Bkassine. These will be used to feed new experimental bioelectrochemical reactors in an effort to develop a more efficient treatment process for the industrial waste streams produced in the Litani basin.

“With this project,” he said, “our students are doing the work, and so they are not only gaining exposure to the problems facing our environment, but they are also becoming part of the solution.”

Dr. Wazne’s research is being closely followed by the US Agency for International Development (USAID), who also sponsored the PEER grant, as well as the Lebanese Ministry of Energy and Water. His work is furthermore part of an integrated collaborative effort with Washington State University (WSU), underscoring the worldwide urgency in protecting the environment.

“Through intensive training and cooperation with the faculty at WSU, our findings will have significance on both the local and global levels,” he states.

But when it comes to pollution, LAU confronted the crisis from more than just the technical perspective. When the Blat municipality, home to LAU’s Byblos campus, was approached with the prospect of building a new waste incinerator plant just 600 meters from university grounds, it was LAU faculty, staff, and students who mobilized into action. Aside from the obvious concerns that a plant of this nature would adversely impact campus life and the community, the more global concern was that the technology of the proposed plant would not be adequate enough to mitigate long-term health impacts that are the byproduct of waste treatment sites.

LAU’s Dean of Students in Byblos and Assistant Professor of Political Science Makram Ouaiss was one of the first to spring into action. Leading the committee established to evaluate the proposed plant, Dr. Ouaiss launched awareness campaigns on both Beirut and Byblos campuses. His next step was to bring all parties together in the context of an open forum, where the municipality, the land owner, community groups, local schools, hotels, and the project’s engineer would have an opportunity to voice their opinions.

While Dr. Ouaiss worked the community engagement angle, Dr. Wazne took on an independent study to evaluate the proposed 500-ton per day plant facility’s waste treatment technology, which was quickly determined to be inadequate. But LAU’s efforts did not stop at simply identifying a potential environmental threat to their community; they reverted back to what LAU does best: educate.

After tense meetings and heated debates, “The School of Engineering and the Dean of Students’ Office hosted a lecture on alternative waste treatment options, which was attended by the stakeholders of the Blat community, as well as the Byblos municipality and other interested parties,” said Dr. Ouaiss.

He noted that because of the overwhelming garbage crisis that Lebanon has faced in recent years, municipalities are being encouraged to treat their own waste. “The problem,” however, “is that these municipalities may not be aware of the impacts that these facilities pose to their communities.”

And these impacts are serious. Dr. Khalil Diab, clinical associate professor and program director of Pulmonary Disease Fellowship at the Gilbert and Rose-Marie Chagoury School of Medicine, noted that the health risks that inherently accompany pollution ­­­– whether it be caused by industrial waste or the use of garbage incinerators for waste removal ­– affect everyone, and cannot be ignored.

“The risks associated with any type of pollution are greatest for the youth, elderly, and existing asthmatic patients and those suffering from chronic obstructive pulmonary disease (COPD),” he said, adding that “the more alarming truth is that increased levels of pollution could potentially lead to new cases of asthma and other pulmonary diseases, including lung cancer.”

Dr. Ouaiss, Dr. Wazne, and Dr. Diab all agreed on the importance of LAU’s role in addressing Lebanon’s pollution. And for a crisis that might seem too tough to tackle, LAU is confronting it from all sides.

“As an influential member of the community, it is our responsibility to lead the way forward by raising awareness of potential risks and benefits and to offer, whenever possible, viable and environmentally sustainable solutions within the limits of the available science that we have,” said Dr. Ouaiss.

Dr. Diab echoed this sentiment; “LAU’s contribution to a solution to Lebanon’s pollution crisis is two-fold: we must not just educate our own students, but also raise awareness in our communities; and we must be active in local associations that provide platforms to make a change.”

Share this:
Back to top Boosting Local Responses for Refugee Relief What Do I Need to Know about Lung Cancer Screening?